The Awakening of Abraham Brown by Graeme Richard Smith Reiew 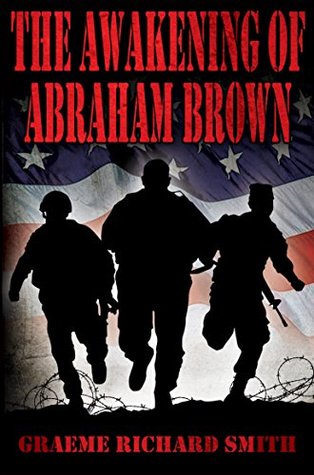 Abraham Brown, Patch Hancock and Indigo Templeton are three American servicemen, separated from their platoon, biding their time in southern France during the Second World War, when they are captured by a desperate group of Renegade Nazi soldiers. This is a meeting that will change the lives of all three men, their captors, and those of the many people they will encounter in the days, weeks and years following that fateful day.
Abraham and his two compatriots manage to escape from their bonds, into an adventure which is both violent and spiritual, causing each man to examine his inner self and become closer to his associates. The people they meet, including those who may not survive, will affect all of them profoundly, and even shape the strategies of entire countries.

This story, from the first chapter...the first page pulls you into the story. Right away the reader is pulled in and sympathizing for Abraham. He has already lost his family in a tragic death. Now, on top of the anger and grief from losing his family, the pain and suffering his ancestors went through, and the hate he had dealt with all his life had turned him into a monster.
This story is set back to depict World War II, following Abraham Brown and his two compatriots, Patch and Indigo Templeton are the the main characters. From the first chapter these three men show courage, strength, and honor. I appreciated how the author portrayed real qualities that actual soldiers have, adding an authentic touch to the story. Although, in totality the author did a great job in adding authenticity to his story by bring in actual issues that people dealt with heavily then, like racism. Altogether, this was a great read that I would recommend to all and I look forward to reading this book again.


I received this book for review
Posted by Elisha German at 9:00 PM