THE UNITED STATES OF BOOKS! - Gone with the Wind by by Margaret Mitchell - My Review 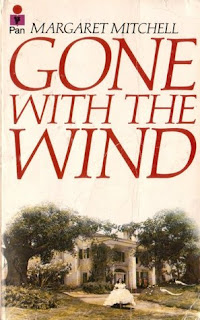 Entertainment Weekly says – Mitchell’s landmark novel illustrates the luxury of the Southern antebellum aristocracy and its downfall through some of literature’s (and film’s) most memorable characters.

Gone With the Wind Review
Gone With the Wind is a classic for a reason. Well written, timeless, and tells a story of bravery, heart, and the difficulty of living life during the Civil War. I can see why people would call this novel a romance however, I would not call this a romantic read but a dramatic read with romance as a key part of the novel. Even though I was not a big fan of Scarlett, she had backbone and had to learn rather quickly that life was not always as easy or pleasant as she once thought due to the civil war and the surrounding issues of life then on the plantation. All around a great book and I can see why the movie is four hours long and look forward to  watching it (I still haven’t seen it).
I most definitely would recommend this read for all.

Synopsis –
Since its original publication in 1936, Gone With the Wind—winner of the Pulitzer Prize and one of the bestselling novels of all time—has been heralded by readers everywhere as The Great American Novel.

Widely considered The Great American Novel, and often remembered for its epic film version, Gone With the Wind explores the depth of human passions with an intensity as bold as its setting in the red hills of Georgia. A superb piece of storytelling, it vividly depicts the drama of the Civil War and Reconstruction.

This is the tale of Scarlett O’Hara, the spoiled, manipulative daughter of a wealthy plantation owner, who arrives at young womanhood just in time to see the Civil War forever change her way of life. A sweeping story of tangled passion and courage, in the pages of Gone With the Wind, Margaret Mitchell brings to life the unforgettable characters that have captured readers for over seventy years.
** Hosted by Laura at 125pages.com / +Laura at 125Pages **
Participating reviewers on this Tour of the United States through Books: 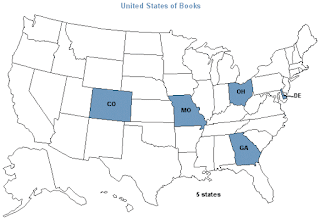