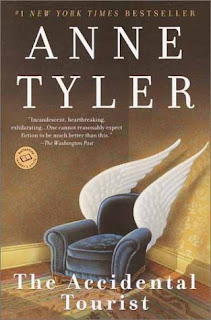 The Accidental Tourist by Anne Tyler, narrated by George Guidall, was a finalist for the Pulitzer Prize and won the National Book Critics Circle Award for Fiction in 1985 before being made into a movie with William Hurt, Kathleen Turner, and Geena Davis.  Maryland resident, Macon Leary, is a very particular man, he likes things to be orderly and things to be pronounced just so. Even though he is a travel writer, he hates traveling and much of his column and his books are how-to guides on how to bring home with you when you vacation. His marriage to Sarah falls apart following the tragic death of their son, and she moves out. Following a freak accident at home with his dog, Edward, Macon moves in with his brothers and sister -- all odd ducks in similar, yet different ways. How anyone could handle of the weirdness is something the wives have talked about before and some have even given up their marriages to escape.
Macon is tough to take throughout the novel until his world is thrown into a spin when he meets dog trainer and jack-of-all-trades Muriel.  In addition to Macon, Tyler has a cast of vivid characters, including Macon's boss Julian.  However, the pacing here is slow and Macon is slow to evolve, which is frustrating.  His routines in life are so far ingrained into his character that it is very difficult for him to adjust to even the smallest changes.  When he's thrown into a different way of living, he's still clinging to the old life he had and even as he opens up and moves forward with his life, he is completely unaware.  Tragically, he takes no action of his own accord and things just happen to him and he adjusts as best he can.
In terms of place, as this is the book picked to represent Maryland, there is very little of my current home state in its pages.  While Macon is referred to as a resident of Baltimore on a few occasions, there is very little of the city I've come to know in these pages.  The descriptions given could be of many towns across the United States, and where he and his family live doesn't even seem like Baltimore, a city with its downtrodden, littered streets and high crime as well as its cultural connection to Edgar Alan Poe and Frederick Douglass, one of the most gifted activists during the Civil War era.
Douglass learned how to read in Baltimore, and while Macon and his family are quirky and troubled, they do not speak to the civil rights struggles in a state between the sides, nor do they speak to the other leaders of social movements, including Gertrude Stein.  There is a great sense in Maryland's literary heritage that lives change here, their perspective evolve and they move on to greater things.  There is not sense of that here, just as there is no sense of suburban life in Maryland, which is as varied as the cultures and incomes found within its borders.
The Accidental Tourist by Anne Tyler, narrated by George Guidall, is a slow moving novel, much like it's main character, Macon, as it is slow to evolve and move beyond the humdrum routines of a rigid travel writer who hates to travel.  The narrator does well in his portrayal of Macon, and his voice and timber set the tone that Tyler has given in her prose.  While there are some amusing moments with the quirkier characters, Macon is hard to like and his slow evolution is tough to take. 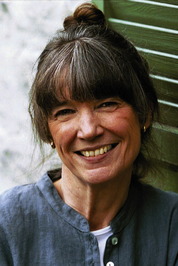 About the Author:
Anne Tyler was born in Minneapolis, Minnesota, and grew up in Raleigh, North Carolina. She graduated at nineteen from Duke University and went on to do graduate work in Russian studies at Columbia University. The Beginner's Goodbye is Anne Tyler's nineteenth novel; her eleventh, Breathing Lessons, was awarded the Pulitzer Prize in 1988. She is a member of the American Academy of Arts and Letters. 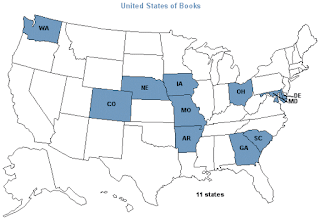