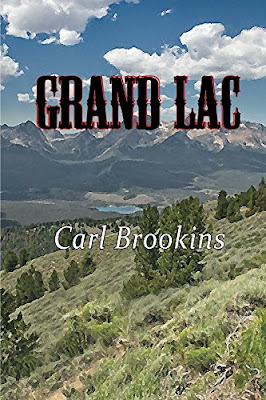 A small group of investors has purchased lots on a mountain on the outskirts of Grand Lac in northern Idaho. One dark night one of the investors, Jack Ketchum, gets drunk, climbs aboard a large bulldozer and carves a raw track of destruction down the mountainside though the property of each of the other owners. Days later Ketchum is found dead in a ravine, a large-caliber bullet hole in his chest. When a local day trader, young Sam Black, is jailed for the murder, his mother, Edie Black, calls her cousin for help. Marjorie Kane, ex-exotic dancer, enlists the aid of her partner, Alan Lockem. The pair are independent special investigators who specialize in solving unusual and sometimes strange case. The duo flies to Grand Lac to try to prove Sam innocent and catch the real killer. They quickly find themselves enmeshed in civic chicanery, corruption and other evils, which must be sorted out to save Sam from prison or worse


In this time of political turmoil and almost constant campaigning, our community of authors must sometimes seem to be an island of relative peace and calm. We rarely speak or write of politics. I am constantly made aware that my penchant for writing on the Internet about current social and political affairs can be dangerous. Authors are often loath to comment about anything controversial because it has the potential to offend some readers. I agree, but I also believe we authors live in society and therefore have a responsibility to be good citizens. And sometimes we do that through our fiction.
So, let me both warn and assure anyone reading the novel, that while the story definitely has political and social implications, it is most assuredly fiction. Therefore, GRAND LAC carries the possibility of offending almost anybody. While the trigger event is based in reality, the story is fiction, my protagonists are not real and this tale is not intended to accuse anybody of anything.
GRAND LAC is set in a small mountain village in a western state. The town’s principal draw for visitors is a big lake that fills a twisting valley and the high surround of mountains with fine skiing. My research for the novel included two trips to the town, meetings with officials and ordinary citizens, observation of their court system and the development of all the usual suspects, good and bad.
One really interesting development for me was the entrance of my protagonists. They are new characters. I had already decided, in spite of two other protagonists in my earlier novels, one a professional detective in Minneapolis, the other a successful Seattle public relations executive, that this story needed a different approach. Alan Lockem and Marjorie Kane appeared to me at the exact time they were needed.
I recall visiting my niece in her Sandpoint, Idaho home. Waiting for her and my wife to reappear from a store, I went to the sidewalk where I saw several older individuals going about their business. I also observed some instances of overlooking. That is, I watched younger faster-moving people blow by these shuffling, white-haired individuals as if they weren’t there. In many ways in America, the older generations are often ignored as if invisible. So, as my friend, Marjorie Kane and Alan’s love interest said to me, “Look at him, he walks down the street and nobody remembers that old guy passing—or stopping to listen. What a cloak for a spy.”
And, what an asset for my detective. 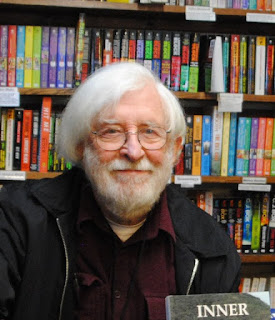 Before he became a mystery writer and reviewer, Carl Brookins was a counselor and faculty member at Metropolitan State University in Saint Paul, Minnesota. Brookins and his wife are avid recreational sailors. He is a member of Mystery Writers of America, Sisters in Crime, and Private Eye Writers of America. He can frequently be found touring bookstores and libraries with his companions-in-crime, The Minnesota Crime Wave.

He writes the sailing adventure series featuring Michael Tanner and Mary Whitney. The third novel is Old Silver. His new private investigator series features Sean NMI Sean, a short P.I. The first is titled The Case of the Greedy Lawyers. Brookins received a liberal arts degree from the University of Minnesota and studied for a MA in Communications at Michigan State University.
http://www.carlbrookins.com/
https://www.facebook.com/carl.brookins?fref=ts
@carlbrookins

Posted by Elisha German at 2:36 PM