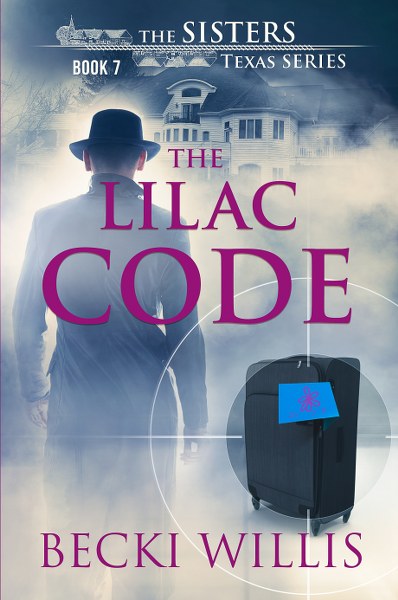 Will
a case of mistaken identity be the death of her?


Madison
Reynolds is looking forward to a few days of rest and relaxation. Her
best friend Genny is judging a celebrity bake-off near DC, so it’s
the perfect opportunity for a girl’s getaway. With fun-loving
Granny Bert in tow, the trio heads to the very heart of the Intel
community. Deep in alphabet soup territory—surrounded by CIA, NSA,
FBI and more—it takes only moments for things to go awry.
A
mix-up at the airport leaves Madison with the wrong luggage, and a
last-minute change in accommodations lands them at
The

Columbia Inn at Peralynna.
How

can they know its ties to the spy world will soon spin them into its
web?

Designed
as a CIA safe house, the inn has a fascinating history. When it seems
a mysterious man in a dark coat is following her, Madison scoffs at
her over-action imagination. She’s listened to too many spy tales,
spun by the innkeeper herself. The stories of espionage and agents
are intriguing, but too incredible to be real. The Texans know
nothing about secret codes and counterintelligence. They’ve never
heard of The Lilac Code, or the illusive agent-for-hire known simply
as Kalypso.

Back
home in The Sisters, a drama is unfolding that involves Madison’s
precious twins. She’s raised them to do the right thing, no matter
the consequence, but will their quest for justice put them in danger?


Thrust
into impossible situations of being in the wrong place at the wrong
time, the twins risk everything to save their school, while deep in
spy territory, Madison and Genny race against the clock—and the
elements—to save Granny Bert’s life.

in this exciting Book 7. This is a stand-alone book, but best when
enjoyed as a full series experience.

Don't
miss the other books in The Sisters, Texas series!

Madison lifted their suitcases onto the proffered stands, grunting under the effort of her own bag. “I must have packed in my sleep, because I swear, I don’t remember this being so heavy this morning,” she muttered. She unzipped the basic black rolling bag and gasped. She rifled through the contents, not recognizing a single item. Most of it was folders, books, and ledgers. No wonder it was so heavy!
“I have someone else’s luggage!” she stated with delayed realization.
“What are you mumbling about in here?” Granny Bert asked, returning from the bathroom.
“I have the wrong suitcase! This isn’t mine.”
“How in tarnation did that happen?”
“I have no idea. Wait. The attendant stowed my luggage for me,” she recalled. “I was one of the last people off the plane, which means that someone else mistook my luggage for theirs.” She sank onto the side of the bed with a horrified sigh. “That means that they have mine, and I don’t have a thing to wear!”
“Look on the bright side. You’ve needed a new wardrobe. Derron found you a few new pieces, but you still need a major update.”
“Not like this, I don’t! I don’t even have a pair of underwear to change into.”
“Relax, they have stores up here. There was a mall near the restaurant where we ate.”
Madison continued to bemoan her troubles. “This is terrible, just terrible. My favorite pair of boots were in that bag!”
“So call the airport, explain the mix-up, and see if the other person has already returned your bag. I’ll bet it’s there waiting on you.”
“You’re right. I should call the airport.”
Her grandmother clicked her tongue. “What would you do without me? All this time, I thought I was the beauty and you were the brains, but maybe I was wrong. Maybe I’ve been both, all along.”
In no mood for her grandmother’s shenanigans, Madison already had her phone in her hand.
Three calls and an hour later, the news wasn’t good. No one reported a missing suitcase, nor had they returned a piece of mistaken luggage. Without any identification on the bag in Madison’s possession, they advised that she hang on to it until someone claimed it. Returning it to the airport could result in permanent loss.
“This is crazy. I can’t believe they told me to just keep someone else’s luggage!” Madison fumed.
“For all the good it does you. Nothing but a bunch of papers, from what I can tell. What little I read didn’t even make sense,” Granny Bert groused.
“I’m sure they told the other person to just keep mine, as well!” she continued to rant. “This is ridiculous.”
“Let’s find a store and buy you some new clothes, at least something for tonight and tomorrow,” Genny suggested. “We’ll come back, have a glass of wine, and call it a night. You can call the airport again in the morning. Even if no one has returned your suitcase, at least someone on the morning shift may be more helpful.”
“They certainly can’t be any more inept that the idiots working the phones this evening!”
“Calm down, Maddy. It’s going to be fine.” Genny stroked her friend’s arms in a comforting gesture.
“You were right, you know. Something bad did happen.” Madison threw her hands up in exasperation. “I lost all my underwear!”
Granny Bert snickered. “Somehow, I don’t think Genny had a premonition about you losing your underwear.”
“Go ahead. Laugh. Make a joke. It’s fine for you. You have something to sleep in tonight.”

The setting for this book, The Columbia Inn at Peralynna, is quite real, and used with the permission of its owners, David and Dr. Cynthia Lynn.
My husband and I first discovered this intriguing boutique bed and breakfast in September. We were charmed by the unique layout and, particularly, by our warm and gracious hosts. We returned again in February, when the Lynns graciously showed us around their home and their community. (Royal Taj Restaurant, The Iron Bridge Wine Company, and the old Savage Mills cotton mill complex are also real places.) Cynthia and I spent many hours in the four story great room, discussing our mutual love for books and writing, and brainstorming future plots.
The inn has a fascinating story behind it. It is, indeed, fashioned after a CIA safe house in Germany that Cynthia thought of as her family’s vacation home. She told me she simply thought their parents threw a lot of parties and took their five children on spur-of-the-moment trips, often in the still of night. It was years before she realized her parents were spies and that those clandestine encounters were related to national security. In fact, the American pilot Francis Gary Powers (you probably remember the name from the blockbuster movie Bridge of Spies) was debriefed at the safe house her father.
During my last visit, I had the pleasure of listening to Cynthia and her sister Dot recall memories of the house, their parents, and their unique lifestyle abroad. Oh, the books these women could write! The character of CIA Agent Logan McKee is, in fact, Cynthia’s creation and will be the main character in a fiction series—non-classified, of course—that she plans to pen in the very near future.
I hope you enjoyed this book and the glimpse shared into The Columbia Inn at Peralynna. The next time you’re in the Baltimore/Columbia/DC area, you owe it to yourself to meet the Lynns and to stay in their beautiful home. Be sure and tell them I sent you. (And don’t forget to look for those secret staircases!)
By the way, Boonsboro, Maryland is only an hour away, where you can visit Turn the Page bookstore and the Boonsboro Inn, both owned by author Nora Roberts.

Until next time,
Becki 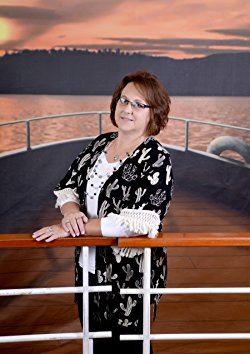 Becki
Willis, best known for her popular The Sisters, Texas Mystery Series
and Forgotten Boxes, always dreamed of being an author. In November
of '13, that dream became a reality. Since that time, she has
published eleven books, won first place honors for Best Mystery
Series, Best Suspense Fiction and Best Audio Book, and has introduced
her imaginary friends to readers around the world.

An
avid history buff, Becki likes to poke around in old places and learn
about the past. Other addictions include reading, writing, junking,
unraveling a good mystery, and coffee. She loves to travel, but
believes coming home to her family and her Texas ranch is the best
part of any trip. Becki is a member of the Association of Texas
Authors, the National Association of Professional Women, and the
Brazos Writers organization. She attended Texas A&M University
and majored in Journalism.