The Other Thief by Frank McKinney 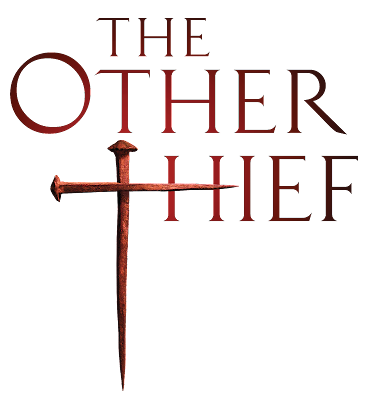 Excerpt:
Sleep eluded me, in spite of having gotten plenty of exercise in the blazing Arizona sun with the kids, riding ride after ride and slide after slide at the water park. They’d been so happy all day, yet seeing their joy at spending time together as a family only served to drive a dagger of shame through my heart. Mary had looked so happy, too. It was hard enough to watch her play with the kids with such love in her eyes and in her soul. But each time she turned those love-eyes on me, I had to force my return gaze or look away. It was becoming more and more painful to receive her loving attention. Thank God for dark sunglasses.
Tired of staring through the black of our bedroom toward the ceiling, I got up around 4:30 a.m. again and retreated to my home studio. It felt good to put some physical distance between me and the angelic presence sleeping so soundly beside me. I didn’t deserve to share her bed. I needed to get alone with my thoughts, alone with God, and plan my course of action—my confession. I wanted to rehearse the words so thoroughly that I couldn’t second-guess myself. Even though I continued to pray for strength and courage, each time I tried to gather my thoughts, I was consumed with the memory of how horrifically my first confession had gone.
I could still back out—at least partially. I could still just tell her about Paulina. That would probably be easier. After all, according to Dr. Shapiro, she seemed about to regain her memory anyway. Or I could just tell her about Cindy, which seemed the worse of the two options. Either of those options would be easier than making a double confession! But as I thought about what Pastor John had taught me, I realized that in order to cut both ungodly soul ties, I would need to confess to both sins. Yes, it would have to be done that way, I resolved. I would do it as soon as Mary woke up.
I went into the kitchen and brewed her a strong cup of coffee, hoping the aroma would wake her. Killing time by opening messages in my office, I read another reminder from Stephanie to meet her in the studio to sign off on Forgiven. I started rationalizing my plan to talk with Mary first thing when she woke up. Surely, I couldn’t drop a bomb like that and then leave her alone while I was at the studio all day. I decided I’d better meet with Stephanie first, so that the rest of my day would be clear for consoling Mary. I took care of mundane office tasks until after sunrise, left Mary’s coffee in the microwave with a note on the kitchen counter, let Stephanie know I could meet her, and headed out for the studio.
I got to the studio before Stephanie. It was just after sunrise and the early rays of sunshine splashed across the lobby walls, highlighting Justus’ framed photos, awards, and our platinum record for Sanctified. The rays reflected off that album back into my eyes, making me wonder how I had strayed so far from the path that had gotten me here. It was as if God was sending me a message. His light was what had gotten me this far, and I longed for it again. In my mind, I begged God to allow Philippians 3:13 to bear fruit: “I do not consider that I have made it my own. But one thing I do: forgetting what lies behind and straining forward to what lies ahead.” I so desperately wanted to leave this unfamiliar Francis in my past. 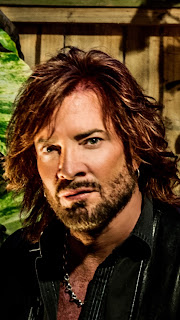 On the first night when I arrived in Florida from Indiana as an 18 year-old without the hope of education beyond graduating high school with a 1.8 GPA, I slept under a pier because I didn’t have a place to stay. I chose the soft sand under the pier over the hard concrete of sleeping under a bridge.
The next day I began work as a golf course maintenance worker, waking at 4am to take a taxi from the pier to meet my coworkers. I was scared to death, and when I arrived I realized I was the only white person who would be working on that Deerfield Beach golf course. I worked amongst Haitians, and quickly earned the nickname “the white Haitian” because of my strong work ethic. I may believe in the welfare system, but I don’t believe in an entitlement mentality. I’ve never been afraid to work hard.
Fast forward to today, where, through our Caring House Project Foundation (CHPF.org), we’ve built 28 self-sufficient villages in 25 Haitian cities over the last 16 years. We’ve provided a self-sustaining existence to 12,000+ children and their families who were living in mud or tin shacks covered in palm fronds for a roof with rodents the size of cats running across their dirt floors.
Our Haiti villages contain 40-50 brightly pastel colored concrete homes for families of eight, a community center that houses a school, church and clinic, clean drinking water, renewable food and some form of free enterprise so the village can be self-reliant. In addition, we provide meals in our schools and orphanages (2 part protein, 1 part carbohydrate).
Knowing that for each copy of The Other Thief we sell we’ll be able to provide nearly 200 meals to the hungry children in our Haiti villages and orphanages made me anticipate the 70,000 words I would write with joy and purpose. As I was writing I often thought back to my Haitian coworkers on that golf course, and the deep love I still have for them and the place they came from.
Posted by Elisha German at 4:00 AM