#Giveaway The Name of Red by Beena Khan

This post is part of a virtual book tour organized by Goddess Fish Promotions. The author will be giving away a $10 Amazon/BN GC to a randomly drawn commenter. Click on the tour banner to see the other stops on the tour. 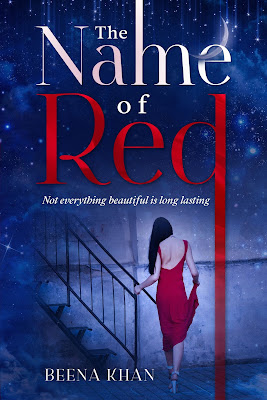 Two strangers on the same path.

They will be each other’s salvation.

On a rainy, winter night, a mysterious woman in a red dress seeking shelter comes inside the restaurant Kabir was busy working in —primarily the bar— and night after night, drink after drink, she comes back to the same spot. That is where he sees her for the first time.

Hundreds of patrons around her try to speak with her daily, but she dismisses them. It appears she wants to remain in a blissful peace alone with her booze and books. After seeing the mysterious woman reading a book, and because of his shy nature, Kabir gains entrance into her life by anonymously leaving books with notes for her.

The Name of Red is the story of two strangers, two different personalities who meet on a winter, rainy night who challenge each other. They have a connection which blossoms into a friendship due to their fondness of books. But they both have secrets that can bind them together or threaten their newfound relationship forever.

“Do you read E.L James?” she asked Kabir one day.

Kabir shook his head as he took a sip of his Red Bull. “I read her books before, but they’re not my type of romance novels.”

He sputtered his drink, astonished at her direct question. He was mortified, as his mouth fell open, before clamping it shut again. He was stunned in silence at her boldness. His cheeks burned hot, and he didn’t know where to hide his face from her sight. His movements were frozen to the spot.

Did she really just say that out loud? he thought.

He noticed she was suppressing a smile, and she was enjoying his reaction. The sight of him blushing egged her on. “You’re very straight forward,” Kabir admitted softly. 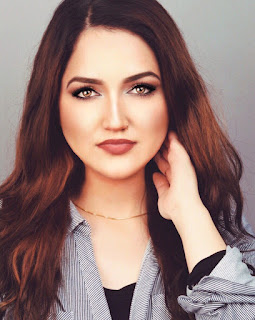 Beena Khan lives in a suburb in Queens, New York in her apartment. She is 27 years old from Azad Kashmir, Pakistan. She is an immigrant who moved to New York when she was five years old. She currently holds a Masters Degree in Developmental Psychology from Cuny School of Professional Sciences. She enjoys reading, writing, and netflixing. This is her debut novel.