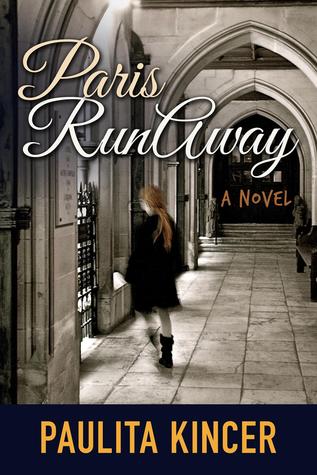 When divorced mom Sadie Ford realizes her 17-year-old daughter Scarlett has run away to Paris, all she can imagine are terrorist bombings and sex slaves. After learning her daughter chased a French exchange student home, Sadie hops on the next plane in pursuit. She joins forces with the boy’s father, Auguste, and the two attempt to find the missing teens. The chase takes Sadie and Auguste to the seedier side of Marseille, where their own connection is ignited. Since the divorce, Sadie has devoted herself to raising kids and putting her dreams on hold, but when her daughter needs her most, Sadie finds that concrete barrier to life beginning to crack. In her journey, she learns the difference between watching the hours pass and living.

***********
I kind of wish that there was a different title to this book because calling it "Paris Runaway" sort of gives a big spoiler to the story. That said...
Even though the story started out slow and I felt that Sadie took her slow sweet time even getting on the plane, for me as a planner, organizer, and parent, how she left without any help or aid? However, her mother turned into a sensible and modern Nancy Drew by checking her daughter's card usage and whatnot.
As a single mom of a girl, I can imagine the terror that went through Sadie Ford's mind when she comes to the realization that her 17-year old daughter ran away; and not just ran away, but to Paris and for a boy. Originally thinking she ran to her dads...but instead to a boy..and to lose her virginity to him...I found myself wanting to shake this 17-year old girl!
The author did a good job keeping me entertained and turning the pages! I would recommend this read :)

I received this book for free from Pump Up Your Book in exchange for an honest review.
Posted by Elisha German at 4:51 PM