This post is part of a virtual book tour organized by Goddess Fish Promotions. E.V. Farrell will be awarding the use of the winner's name in the sequel to Willow Bloom and the Dream Keepers to a randomly drawn winner via rafflecopter during the tour. Click on the tour banner to see the other stops on the tour. 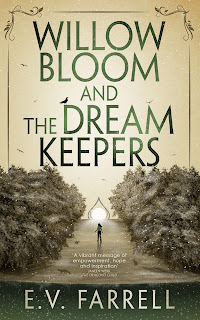 Willow Bloom’s biggest challenge is to organise her thirteenth birthday party. However, a walk in the woods near her home provides some big surprises – a mystical guardian from another world, a magical forest, and the discovery that her parents are part of a secret order that protects dreams. With the discovery comes a calling. A prophecy tells of a young one who can push back the dark forces that threaten to corrupt our hopes and dreams. Is Willow that young one? Can she take on the forces of evil, the Underlord Maliceius, and win?

Read an Exerpt
She was near the top of the stairs when she remembered that she wanted to ask her mother where to put the book overnight. As she reached the bottom step, she hesitated, hearing a despairing tone in her mother’s voice from behind the closed study door. Very quietly, she moved in closer.

“I can’t believe this is happening,” her mother said in a low voice. “She’s so young, Thomas! I know this is bigger than us and the timing is as it should be – but she’s only twelve!”

“I know,” she heard her father say. “But if anyone can do it, she can. She’s smart and she’s got a good head on her shoulders. We always knew it was a strong possibility that she’d Awaken, and while it feels too soon for us, the Ancients wouldn’t have been able to Awaken her if she wasn’t ready or capable. She just needs to grow up a little, and this will no doubt speed things up.”

“You’re right, I know,” her mother continued in that low voice, and Willow had to strain to hear. “It’s just… this is such a huge thing for anyone to take on. I’m finding it hard to understand why they would choose her at this age.”

Thomas shrugged. “Something’s happened out there for the Protocols to change. We’ll just have to see how it plays out.”

Willow turned as quietly as she could, praying the floorboards wouldn’t creak, and tiptoed back towards the stairs. Her question about where to store the Book would have to wait until dinner. With the TriGamon clutched to her chest, she climbed the stairs and wondered what huge thing could be going on out there in the Universe for her to have been Awakened right now. 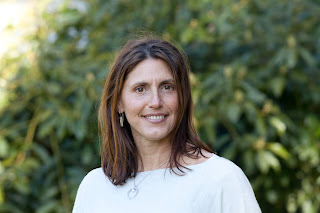 a Rafflecopter giveaway
Posted by Elisha German at 2:51 PM