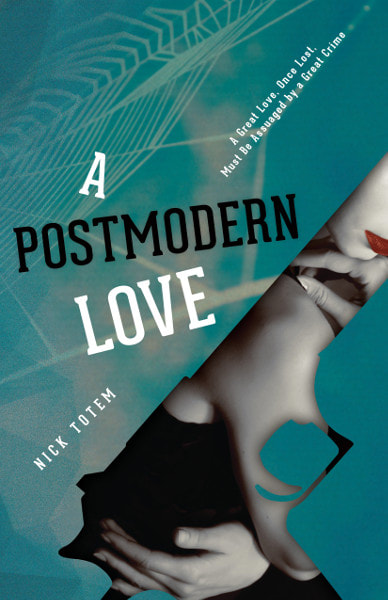 A
Postmodern Love
by
Nick Totem

Have
you ever fallen in love and then had not just your life but your
conception of life altered forever? Come and find out more in A
POSTMODERN LOVE, a contemporary adult novel--romance, noire,
psychological suspense.


In
the end, a man is shot through the heart. Another man is driven to
the edge of madness. Caught between them is Lana Fauves, a beautiful,
intelligent woman, but one who is haunted by her past and the loss of
her true love, a musical genius. In this fast-paced novel--romance,
thriller, and noire--Thomas Wilde, a doctor and veteran of the Iraq
War, will stop at nothing to win over the woman he has desperately
fallen in love with. But amid the machinations of the modern world,
will he find true love, or only heartache, deception, and murder?

In the end, the bullet goes through the man’s heart. Without oxygen, the brain takes about five minutes to die. As the man lies bleeding on the dirty pavement, his unmoving eyes must still be able to see the killer looking down on him and to feel the killer’s hands on him. Does he recognize the disguised face of the killer? No one on earth can possibly know the answer to this question, and yet it would continue to plague the killer for years to come.
As for the killer, he would be obsessed to the point of almost seeing through the man’s dying eyes. Sometimes he would wander the streets, being blown here and there like an apparition, suffering from its consequences. Unlike the dead man, there would be no certainty for him; even his own intention would later become doubtful—did he really mean to kill the man?
When it all began, Thomas Wilde was merely trying to rid his conscience of the guilt that had followed him home from Iraq. It began when he caught glimpses of a woman around his office, whose beauty was such that it gave him premonitions of a beautiful chaos. And wanting to give her permanency in his idealized world, he called her Lady X.
He had seen this woman several times and always in passing. The first time, he was exiting an elevator as she was entering, and he couldn’t help turning around to look at her. The second time, a couple weeks later, he saw her walking down the hall and disappearing into a stairway.
Once at lunch time, he left his office and saw her near an exit, at the far end of a hallway. White slacks above black high heels, a dark red jacket, and a white scarf around her neck—there could be no mistake that it was she. He ran. He reached the exit, entered the stairway, and raced down. In the lobby, he got to the front door and immediately bolted into the parking lot, looking around. She was walking fast to a car with its engine running. She opened the car’s door, and her hand was lifted high, resting on the rim of the door for just a second before she stepped in. The car drove off. He stood still, looking on, until it turned onto the street and merged into the rushing traffic.
He decided he must know her name. 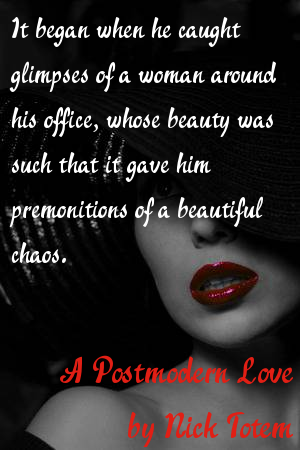 Nick
Totem has been a practicing physician for more than a decade, and he
has been writing all his life. He combined real experience in
medicine with a love for writing to create compelling fiction.