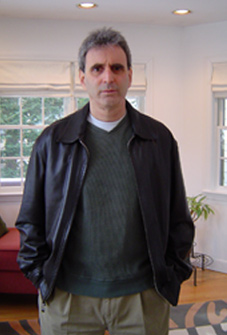 Dave Zeltserman won the 2010 Shamus Award for ‘Julius Katz’ and is the acclaimed author of the ‘man out of prison’ crime trilogy: Small Crimes, Pariah and Killer, where Small Crimes was picked by NPR as one of the five best crime and mystery novels of 2008, and Small Crimes and Pariah (2009) were both picked by the Washington Post as best books of the year. His recent The Caretaker of Lorne Field received a starred review from Publisher’s Weekly, calling it a ’superb mix of humor and horror’, and has been shortlisted by ALA for best horror novel of 2010. Outsourced (2011) has already been called ‘a small gem of crime fiction’ by Booklist and has been optioned by Impact Pictures and Constantin Film.
His latest book is Dying Memories (StoneGate Ink).
You can visit Dave’s website at www.davezeltserman.com. Connect with him on Facebook at www.facebook.com/people/Dave-Zeltserman/1434849193. 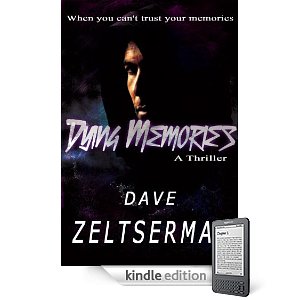 When you can’t trust your memories.
A woman shoots a man to death on a crowded street in Boston, claiming
that he raped and murdered her eleven-year old daughter. Except he
didn’t, because this woman never had a daughter. Another man stabs an
MIT professor to death in front of a crowd in Harvard Square, saying
that he witnessed the professor running down his wife in the street.
Except the MIT professor was three thousand miles away when the man’s
wife was killed.
Reporter Bill Conway discovers that these victims are connected to
ViGen Corporation, a shadowy pharmaceutical company. When he tries to
investigate ViGen Corporation and their role in these deaths, he soon
finds himself framed for murder. And that turns out to be the least of
his problems…

This sounds like a really good books! I would love to have this book!