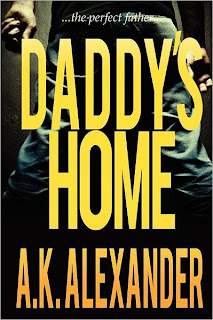 A KILLER STALKS HIS PREY
A calculating and deadly killer is in search for what he terms as his perfect family. Preying upon single mothers and their innocent children, the police have dubbed him "The Family Man.

HE WATCHES THEM...HE TAKES THEM...
He plays out his role as the perfect father. When things don't go so perfect in his insane fantasy world, the family man kills.

HOLLY JENNINGS IS ON THE CASE
Crime Scene Investigator Holly Jennings of the San Diego Police Department is determined to track him down and see that justice is served. With Holly being a single mother herself, this man's crimes are deeply personal to her, and turn more so when a friend and her daughter become the latest victims of The Family Man."

Along with tracking an evil killer, Holly is dealing with her own internal demons. She is raising her daughter Chloe alone after the death of her husband--a death she feels guilty for.

To complicate her life further, Holly is doing her best to avoid possibly falling in love again with charming veterinarian Brendan O'Neil. As Holly delves deeper into solving the murders, she finds herself being sucked into a game of cat and mouse by "The Family Man," that may lead her down a dark path too horrible to bear. One that may cost her gravely-her family, her new found love, and even her life

First off, I loved the cover.
Yes, my name is Elisha and I am a book cover snob.
“Hi, Elisha”
::razz::
From the beginning of this book, the first page…it grips you. It grips you in the fact that it has a good suspenseful start that is a little slow but the author gives you just enough of the storyline with some hints as to who the murderer is while slowly unfolding Holly’s past in each chapter that you have to keep reading to find out what happens next. I loved that. If you have the patience for a murder mystery that seems slow but in actuality the author is taking their time in telling the story instead of speeding through it. I think that is a smart way to write a book.
I liked Holly’s character. I think it was smart to make her a mother in this book because that explains why she took on a personal vendetta against this serial killer. What I didn’t like about Holly was the constant talk, whether to herself to out loud, was the attitude of ‘I’m a woman so I have to work that much harder’…That got old for me. I did like her personality. She is very smart, independent, responsible and very protective over her daughter; which is easy to understand in her line of work, especially when you learn about her past.
Also, I understand that a man or woman can run into a coworker or boss that gives constant sexual ribbing; whether meant nice or not; still not appropriate. I also know that it does happen when a man or a woman, though it does appear to happen more often for women, has to work that much harder because they are a man or a woman.  I just felt that it was in the book too much.
The author gave great detail. It just became too much detail for me when it came to the crime scenes. A bit graphic; for me personally. But I still have a hard time watching Jurassic Park.
All in all, I loved how the story unfolded. The characters were well developed, likeable and believable.  I would recommend this book to read and I do plan on reading it again.

I received this book for review from Pump Up Your Book

ABOUT THE AUTHOR
I started writing when I was nine-years-old. I used to write short stories on my dad’s notepads. One day he read one and he said to me, “You are a writer.” It stuck. My dad is still my biggest supporter and he is also my mentor in many ways. I went to college at The University of Southern California. My parents though didn’t think that “creative writing” at USC was a major that would likely be lucrative in the long run, so I figured I would be logical and look at writing in the journalistic field. God (the Universe), etc. had a different plan for me. Soon after I graduated from USC I gave birth to my first son. He was six weeks premature and he had some health issues, which caused me to decide that going into a career at that time would not benefit my son. So, I stayed home with him and I wrote my first book. That first book is tucked away in a box somewhere because it’s pretty darn bad, but it gave me the confidence I needed to know that I could start, write, and finish a book. From that point on, it took me twelve years to become a published author and several manuscripts. It has been a wonderful and amazing process, and although many challenges have presented themselves along the way, I have never quit writing. It is my passion!

My other passion is Horses. These amazing animals are very dear to my heart and I have been known to take in “strays.” My daughter and I are very active in the horse world. My daughter is involved in pony club and three day eventing. 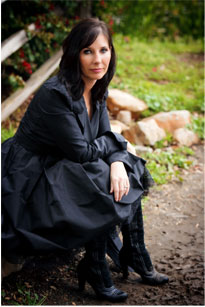 
I enjoy work with other writers when I can , especially kids. I designed a program for young writers to help them learn how to write short stories and picture books to writing complete novellas for older kids. I have mentored several students now and it’s a joyful experience to see young writers and their creative minds at work. It is something I am working on expanding with some local teachers in my area.

Family and friends are extremely important to me. I am the proud mother of three amazing kids who have always supported me and are just great, awesome human beings (yes, I know I sound like every mother in the world about their kids, but I really mean it). My husband is my best friend and a very patient man, which is a real positive—he is married to a writer after all. We also have three dogs, a kitty, and eight horses.

When not writing, riding, or being a taxi-cab driver for my youngest, I try to find time to do a little yoga, meditate or cooking. I love cookbooks and cooking!

In celebration of A.K.’s new release, she will be giving away one paperback or e-copy of her book, Daddy’s Home, to any reader who follows the most blogs.  Also, those readers who sign up on her blog and for her newsletter during the tour will automatically receive sneak previews of books before they are released (up to 50 pages) via PDF!
Posted by Elisha German at 12:01 AM

Thank you so much for your wonderful review, Elisha!

Thank You! I am happy you enjoyed the book.