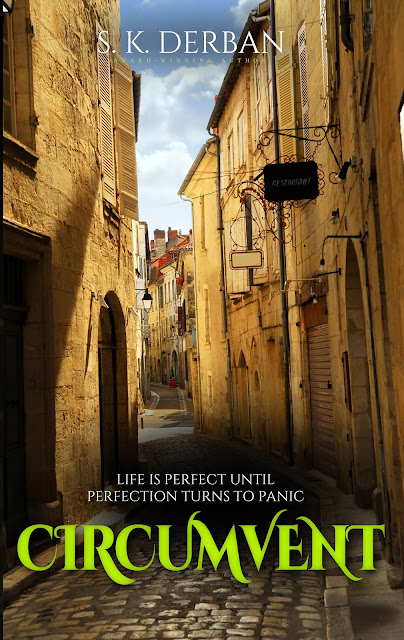 Imagine living in a quaint, beach front cottage on the
Hawaiian island of Maui.
You have an amazing job, combined with the pleasure of working from home. Lunch
breaks become a daily picnic on the sand. Dessert is always included because of
your marriage to a famous pastry chef. Life could not be any better. Or so it
seems... When French born, Nikki Sabine Moueix travels to Hawaii for a special
work assignment, her job of writing an article about a famous Swiss pastry chef
generates more than a magazine piece. They fall in love, get married, and Nikki
becomes Mrs. Ruggiero Delémont.

When another assignment calls for Nikki to spend three weeks
in France,
Ruggiero’s schedule prevents him from joining her. She travels alone, advancing
straight into danger. After a threatening confrontation, Nikki wakes up in a
French hospital with no knowledge of her past. When she fails to check in,
Ruggiero panics and pushes for an immediate investigation. But as he closes in,
Nikki’s new found friend moves her to another city. It becomes a game of hide
and seek with Nikki as the prize.

CIRCUMVENT allows readers to form a bond with Nikki as they
yearn for her to remember. They will cheer for Ruggiero and his relentless
determination to locate his beloved wife. This is a story about two people who
never lose their faith in God, and find amazing friends to help them along the
way.

When the plane leveled at a cruising altitude, Nikki
reclined her seat back and reopened her novel. Her seat mate appeared to be
napping, and Peter Safin was busy preparing his work area. Nikki’s curiosity
flourished when she realized her reclining position provided a clear view of
his laptop screen. But, as his fingers danced along the keyboard nothing on the
illuminated display made sense. She was reading a combination of letters and
numbers that appeared to be some sort of code. Maybe he’s a spy, Nikki amused
herself in thought. A Russian spy. No, wait! Her mind raced. Maybe he’s a mole,
or even a double agent.

Nikki almost laughed aloud as she refocused on the book
within her hands. It was the latest spy novel, written by one of her favorite
authors. Maybe I should switch to romance. 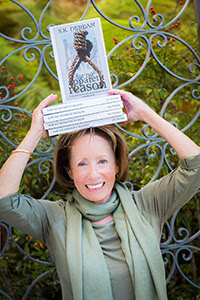 Born in the United States,
S.K. Derban moved to London within
the first three months, and remained in England
until the age of five. Her mother was involved with the London Royal Ballet
Company, and a great fan of the arts. Even after returning to the United
States, S.K. Derban’s life was filled with a
love of the theatre and a passion for British murder mysteries.

Her personal travel and missionary adventures also help to
transport readers virtually across the globe. S.K. Derban has smuggled Bibles
into China, and
has been to Israel
on seven missionary trips. When writing, she relies on all aspects of her life,
from a strong faith in the Lord, to her unique combination of professional
experience. The many personal adventures of S.K. Derban are readily apparent as
they shine through into her characters. Circumvent is the third mystery novel
for writer S.K. Derban.