**Giveaway** All of the Rogers by Erin Lockwood 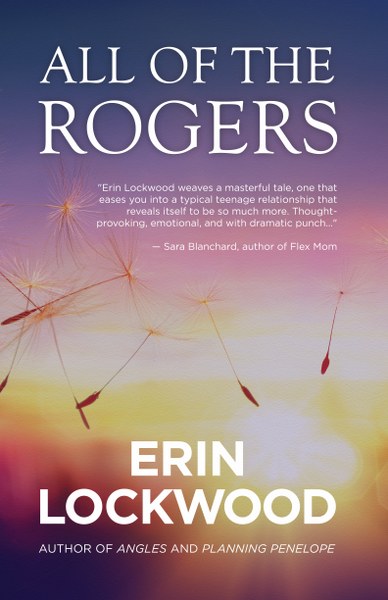 All
of the Rogers
by
Erin Lockwood
Genre:
YA Psychological Romance

"How
can you love someone so much and need space from them at the same
time?"

My
alarm goes off at four am. It takes an hour to get to the studio, and
then my ballet training begins. I go to school for a few hours, and
then it’s back to the studio for more training. Go to bed. Repeat
the whole process the next day.

My
time at school is a blur, except for biology. I don’t rush through
that class, because I get to see Roger Byrnes. He probably doesn’t
even know I exist, but my heart beats a little faster when I see him
walk through the classroom door with his messy hair and carefree
attitude. He has so much energy. But then he stares off into the
distance, and I wonder what he’s thinking. It’s the highlight of
my day.

I
wish I could quit ballet so I could be a normal teenager. Someone who
Roger would want to be with. I could use some excitement in my life…I
bet Roger could give that to me.

Roger keeps running with me screaming over his shoulder, and I’m getting
seriously worried he’s not going to slow down when he reaches the ice-cold
Pacific Ocean. I can feel the freezing wet splashes on my legs, and as he runs
into deeper water, some of the splashes reach up to my face.

I’ve been playfully kicking and screaming for him to put me down, but now,
I’m gripping his upper back, not wanting him to lower me at all. Don’t let the
turquoise water of Carmel fool you; it’s damn cold, even in the summer. Girls
wear bikinis on the beach, and surfers wear wetsuits all year-round. Even I
know that.

“You broke a promise,” he says while his arm grabs me from over his shoulder
and moves me down.

The muscles in my legs bulge, and I clench them around his upper body,
holding myself high up on his shoulder.

“What are you? A cat?” he says, confused, as he tries to figure out what I’m
doing with my body.

I grab on to his head and use it as leverage to clench my thighs together over
his other shoulder. “I never broke a promise,” I say, unashamed. The only
emotion going through me right now is fear of going into the ice cold water. “I
never promised to call you.”

“Oh, that hurts my feelings,” he says dramatically.

He reaches up and tries one more time to pull me off of him, but I’m too
strong.

“How the hell are you stronger than me?” he exclaims, clearly frustrated that
he’s tried twice to throw me in the water with no success.

All he’s been able to do is make me slip down his body a little. My one leg is
still draped over his shoulder, and the other is wrapped around his back,
holding on for dear life. My face has moved from over his head to right in front
of his nose.

“Ballerinas are a lot stronger than you think,” I say with a calm, even breath.
I’ve never kissed a boy before, and right now, I’m staring at one’s lips. They’re
so full and colorful; they look as if they’re full of fruit punch. I wonder what it
would taste like and feel like. If I just move my head a few inches closer…

“Maybe so,” he says, matching my even breath. “You might be stronger than
me, but I’m more clever.” He spreads his arms out, as if he’s going to give
someone a huge hug, and slowly, his body weight shifts back.

“No, no, no, no, no!” I scream once I realize there’s no stopping him from
falling back into the water.

I grew up a very busy kid. My alarm went off at 4 AM. I was at the ice rink practicing with my pair partner hours before most kids even woke up for school. After four hours of practice, my mom would drive the forty five minute commute it took to get me to school. My academic day began at 10 AM.

Every other month, and sometimes every month, I was taken out of school for a week to compete around the country (and sometimes two weeks when we competed internationally). My hard work paid off for many years when my partner and I placed at national competitions and competed against the best in the world. I didn't have much of a social life outside of ice skating but I had a really big support system.

One time in middle school, my homeroom teacher had the class make a banner welcoming me home after a successful competition. Sometimes my teachers would get more worked up and excited about my accomplishments than I did. You see, I never really dreamt of winning Olympic gold. That was something my mother cared a lot more about than I did. My dreams revolved more around college. I didn't know where I wanted to go. I just knew I was destined for higher education.

I didn't take P.E. like most other kids. In fact, I've never set foot in a school locker room. I never took a foreign language or an elective course in middle school or high school. All of those extra credits were made up through our local community college home courses. So, basically, my mom says "She's an ice skater -- there's your P.E. Foreign language? She's traveling to Germany next month and she'll do a report." I never saw any of those courses, nor did I do any work for them. My mom felt I was doing so much as it was, she basically took care of it for me. What kid would argue with that? I didn't.

As for the few courses I took at my high school, I was behind on the material but nobody seemed to care. My parents, my teachers, they all thought I was so busy working hard with training, they didn't notice that I never read The Scarlet Letter... or any other assigned book. And why would they notice? I was a B student.

But really, academically, I wasn't a B student. I was intuitive and manipulative. That's what earned me B average grades. I would stay an extra five minutes after class and talk to my teachers about upcoming tests. I could get a feel for the questions that might come up and what kind of answer they're expecting. I participated in class discussions even when I didn't know what I was talking about.

Don't get me wrong, I did homework. I at least attempted to read the novels assigned, but nothing seemed to absorb for me. Math was my favorite subject. It felt so much easier than all my other classes.

I finally got the courage to tell my mom and coaches I wanted to quit ice skating when I was a senior in high school. I couldn't wait to be a normal kid before going off to college. I had a rhythm with my teachers already so nothing changed for me when it came to studying and testing. It wasn't until I started my freshman year at the University of Oregon when it really hit me... and hard.

An F! I was failing one of my courses and getting poor grades in the others. The lectures were too big for me to manipulate my way through the material. I couldn't get to know my professors well enough to to gauge what kind of answers they're looking for on a test. It was a rude awakening. I stayed up hours trying to read my textbooks but I couldn't process any of the material. It was beyond frustrating.

I knew I was smarter than that. I knew I was where I was suppose to be but something was wrong. My parents listened to my cries and they helped me get tested for learning disabilities. My result: Extreme Processing Deficit. Otherwise, known as dyslexia. Oh ya, that's what this is.

Having a learning disability awarded me some perks, or extra help. I got a note taker and extra time for tests. Honestly, I only used a note taker once. I quickly learned it was just as hard to process someone else's rushed handwriting as it was a textbook. But just knowing made a difference. I thought about what I was good at and how those skills can compensate for other areas where I wasn't as strong. I'm extremely organized, I'm very social and I'm very intuitive. I joined study groups and discussion groups and used what I learned from them and put the information on flashcards. I used highlighters and wrote side notes in my textbooks - I didn't care that I couldn't sell them for much after my course was over. I went with my gut. I learned to trust myself when taking tests. I re-read and re-read until I could process the questions but stopped over analyzing.

I ended my freshman year on the Dean's List. I didn't just make my parents proud -- I made myself proud. And best of all, I learned a lot about myself. I developed skills, born from a disability. I was absorbing information in this world a different way, but just as efficiently.

I went on to graduate from the School of Journalism with many semesters of being on the Dean's List under my belt. I was a legitimate A/B student.

It took me several years to find my passion. I spent many years being a housewife and stay-at-home mom, but eventually my passion found me. My tireless mind needed to put pen to paper, or nowadays, fingers to keyboard. I wrote Angles - Part I of the trilogy and I plan to write in three different perspectives (9 books total). It has been an incredible journey to get to where I am today. I wouldn't change a single thing about my personal story.

Please go to www.erinlockwood.com for more about the Angles Trilogy and me, the author. 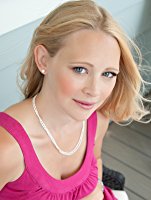 Erin
Lockwood grew up in Castro Valley, California and attended the
University of Oregon, where she graduated in 2003 with a degree in
journalism. From there she moved to Denver and spent the next seven
years searching for the love of her life and building the family of
her dreams.

It
wasn’t long until, with children starting preschool and more time
on her hands, Erin refocused on her career, beginning with a
successful entry into the world of residential real estate as a
Realtor. Free time was spent reading book after book (and
binge-watching the subsequent films) in the New Adult genre. Feeling
hopelessly in love with her husband, she wrote him a short story
leading up to their fifth wedding anniversary. That’s when she
discovered her tireless passion to share her experience of falling in
love through fictional characters. That story evolved into the first
novel in the Angles trilogy.


Erin
still lives in Denver, Colorado with her husband, Phil, and their
three children.

Posted by Elisha German at 6:00 AM