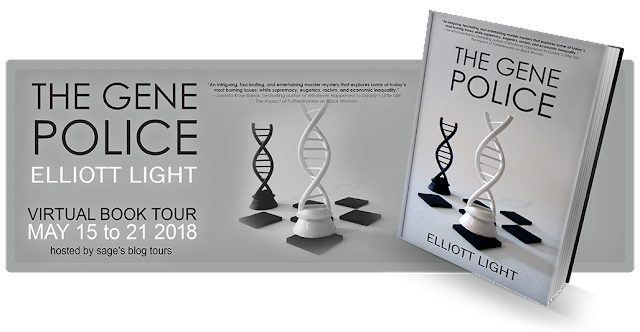 Before the words “white supremacy” filled the airways, before we learned of American Nazis and the alt-right, before there was a Muslim ban, before we considered building a wall or knew what DACA stands for, there was eugenics—a pseudo-science that promoted the belief that a race could be improved by controlling who was allowed to mate with whom.
It was eugenics that compelled white doctors to inform Carl and Betty Langard that their new born baby had died.  And it is the cruelest of circumstances—the murder of Jennifer Rice—that fifty years later leads Shep Harrington to search for Baby Langard.
As Shep soon learns, the quest brings him to the top of a slippery slope with an ill-defined edge. Question begets question, and the slide down the slope proves inevitable: What happened to the baby? Who took it? Why was he taken? And who killed Jennifer Rice?
When Shep learns that Baby Langard was born at a hospital run by Alton Nichols, a famous Virginia eugenicist, he is drawn into the dark history of the American eugenics movement and its proponents—the so-called “gene police.” 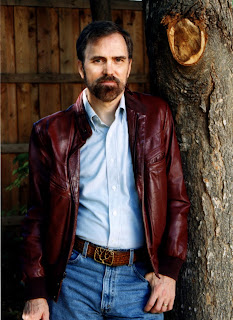 I am a retired patent attorney living in Florida with my wife, Sonya, and our feline, Tsuki.  I spent most of my life in the Washington, D.C. area.  I grew up in McLean, Virginia before the beltway was constructed.  Some of my classmates in grade school lived on nearby farms.  McLean had a small town feel to it.  Gossip spread without the Internet.  Party lines were common.  Secrets were hard to keep.
When I was in my early thirties, my life pivoted when I was accused of a crime I didn't commit.  My defense counsel and I discussed plans for my likely indictment and possible imprisonment.  I could expect to be handcuffed and paraded in front of the media.  This experience with the so-called justice system ended after a two year ordeal without an indictment and without going to trial. Even so, it could have ended differently.
Sadly, I will never fully believe that prosecutors, investigators, or the government are as interested in the truth as they are in getting a conviction, an attitude that I share with the semi-fictional Shep Harrington.
Book Trailer: https://youtu.be/hSPDXiuQ4Po
On Facebook: https://www.facebook.com/smalltownmysteries
On Twitter: @elliott_light
Website: smalltownmysteries.com
On Amazon: https://amzn.to/2K78DF8
On B&N: http://bit.ly/2qUf8T7

GIVEAWAY: The author is giving away 3 signed books! Get the details and enter the giveaway here 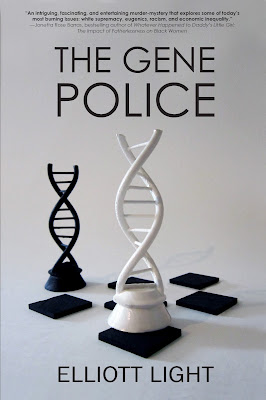 Elliott Light, a lawyer and an engineer, is the author of the Shep Harrington SmallTown® Mystery series.  His newest book, The Gene Police, will be available May 15. Visit his website at www.smalltownmysteries.com or send an email to elliott.light@smalltownmysteries.com for more information.

Excerpt
I arrived early and found the bowling alley mostly deserted. I tossed the case file on the table and sat down. Chester Atkins brought me a cup of coffee, grunted a “howdy,” and departed. A few minutes later, the Reverend Billy Tripp ambled up to the table and lowered his massive posterior into the chair across from me. I will admit that the first thought that crossed my mind was how much weight the old wooden chair could hold.
“So how’s my favorite atheist?” he asked.
Billy was not really an ordained preacher, but a paroled felon who, by accident or providence, had gotten on the wrong bus and ended up in Lyle. The townsfolk thought he was their replacement minister, and he played the part. That was sixteen years ago, and he’s been playing the part ever since. When he’s not fretting over his hook ball, he is a voracious reader. He might be as close to an intellectual as Lyle has to offer.
I offered him a coffee or beer but he waved it all off. “Just need to tie my shoe. Takes me a while to get my leg up so I can reach my foot.” He tugged on his pants leg with both hands and forced his left leg across his right knee. “So I hear you’ve got yourself another murder investigation,” he said affably. “Last killing prompted questions about chimpanzees, the treatment of animals, and the Great Chain of Being. I thoroughly enjoyed that exercise. Any moral underpinnings of this killing that we can chat about?”
My Aunt Sarah joined us. “I thought you were done with investigating murders. Now you got Doc in a state. Like old times.” She turned to Billy. “What’s up with you?”
“Shep was about to tell me if the murder he’s investigating has an ethical component that is worthy of discussion,” replied Billy.
“Eugenics,” I said.
“Ah yes, the science that was supposed to provide a rational basis for racism. Being prejudiced is such a nasty state. But if it can be couched in scientific principles, we can be free of the moral burden that comes with hating someone who might be a different color or religion.”
“I doubt most people have ever heard of it. I guess I shouldn’t be surprised that you have.”
Billy pursed his lips. “Well, you might be surprised to learn that, in prison, I was once a member of a skinhead group called the White Brothers.”
“I’ll go out on a limb and guess that that’s not the name of a bowling team.”
“Nope.” Billy lowered his left leg, then repeated the shoelace tying process with the right leg. “We were dedicated to beating the crap out of non-whites. I never really understood why, but when you’re young and in prison for the first time, feeling safe is more important than loving your fellow man. Predictably, there was a brawl. I watched as these men punched and bit each other for no discernible reason. Since I didn’t join the fight, my membership in the White Brothers was short-lived. I got to know some of the older inmates, and one them told me about eugenics. I found some old books in the prison library and read them.”
…
“It wasn’t all about racism,” said Sarah. “I mean do you really want a jailbird with six kids he can’t support having more? That’s someone that needs to be neutered like an old tom cat.”
“I’m sure most people would agree with you,” replied Billy, “but the argument is without merit. It always comes down to who decides and what the criteria are. Three crimes? Two kids? Four kids? I think history shows us that giving that power to the government produces lots of unintended consequences.”
Sarah glowered at him, “Jesus, you don’t have to get all preachy,” she said standing. “I was just saying.” She managed one more dismissive stare for each of us, then turned and walked away.
Billy dropped his right foot to the floor but didn’t stand up. “To Sarah’s point, not all eugenics was about race. But keeping the race pure for the good of the species seems to be one modern invention we could have lived without. I guess that’s universally accepted, because we don’t teach it in school anymore. Of course, another reason for not teaching it is that history is written by our elders, and by today’s standards, their views on race would seem bigoted. Get a copy of The Passing of the Great Race published in 1916. It was a best seller, so it reflects the beliefs of its time. Some still believe it.”
…
“We never talk about it,” I said.
“I would like to say that we’ve learned from our mistakes, but since we don’t teach our children about our role in the development and practice of eugenics, it’s hard to be optimistic.”

Posted by Elisha German at 3:07 AM