The Star-Crossed Series by Braxon A. Cosby **Excerpt** 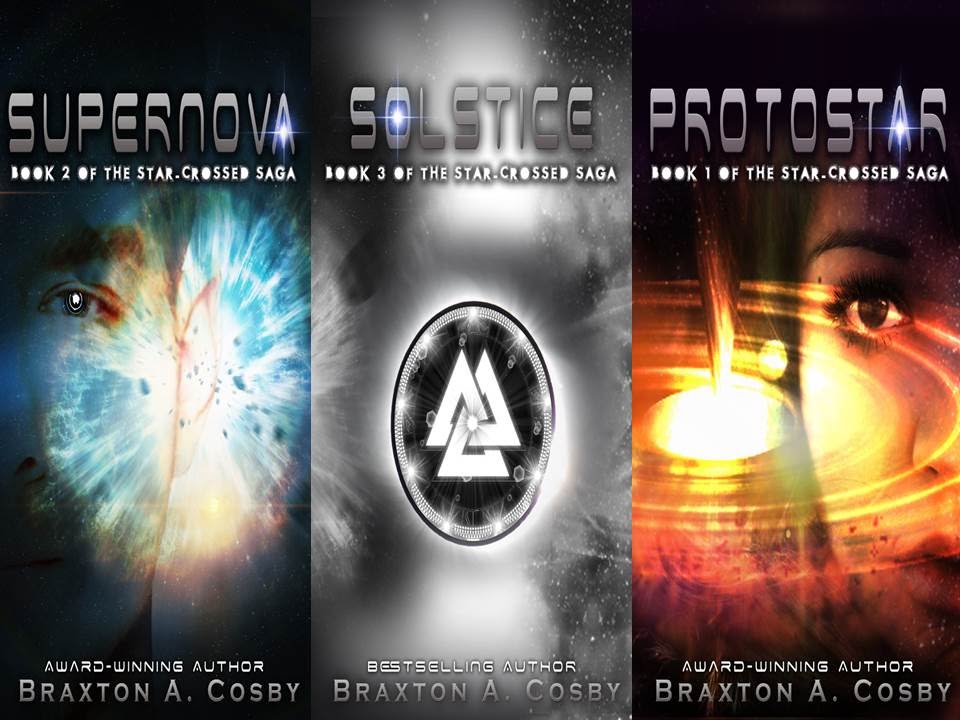 PROLOGUE
Seventeen Years Ago . . .
Sarah stood atop the mountainside, looking out into the sky. The expanse of rich darkness and scattered stars reminded her of home. She desired to return there someday, but knew that she couldn’t. Things had been set in motion. There was no way to turn back now, even if she tried.
Still, something within her body felt wrong.
Is this the right place, right time? she thought.
Maybe the details got skewed, blended together, lost amongst all the immaculate planning. Even they were known to be wrong sometimes. She hoped against all hope that they weren’t. But stars never lie. She gazed into the sky. Their configuration—constellation after constellation, linked like a chain, with the Star of David perched in the center—was picture perfect. This had to be it. All she had to do now . . . was wait.
And wait she did.
Hours passed as the moon slid by. Just as her mind began to fill with doubt, it finally happened. The ground underneath her shifted, rocking her from side to side, up and down, as the stars burned brightly. She braced herself, running down from the mountain the best she could. Her old bony legs wobbled, struggling to keep her upright as she negotiated the uneven layers of rock and grass.
A loud crashing noise like the banging of cymbals lit her ears on fire as the sky parted, sending a tiny bright shard screaming across the black canvas, growing larger as it drew nearer.
Her eyes snapped to the road—the projected point of impact. But one detail had been missed.
Unaccounted for.
Someone else was there.
A vehicle sped down the dusty road, on a straight collision course with the object, which continued to grow larger and larger as time ticked on.
Sarah waved her hands as wildly, screaming, “Hey, you have to stop!”
But her screams went unnoticed. She gasped as the object crashed to the earth, tearing the car into pieces. She squinted, filtering the heat from the explosion as she moved in closer to examine the wreckage.
A gaping hole where the roof used to be greeted her, revealing the charred remains of another passenger. Sarah scanned the rest of the vehicle for survivors, finding only the shell of the driver white-knuckled to the steering wheel.
Her heart dropped.
The muffled sound of a baby crying tickled her ears, urging her to examine the object in the passenger seat more closely. It resembled a meteor, covered in craters and black ash that sent her into a coughing panic. A small crack in the outer shell provided just enough space for her to look inside.
She grabbed the door handle with both hands—wrinkled fingers trembling as she ripped the car door free—tossing it by the wayside. With a sigh of relief, she peeled back the shell. Black smoke stung her eyes while her hands burned from the heat. But Sarah ignored them both, pressing forward with her mission. Nothing would stop her now. With wet eyes, she smiled, finally finding what she had so desperately been looking for—a baby girl.