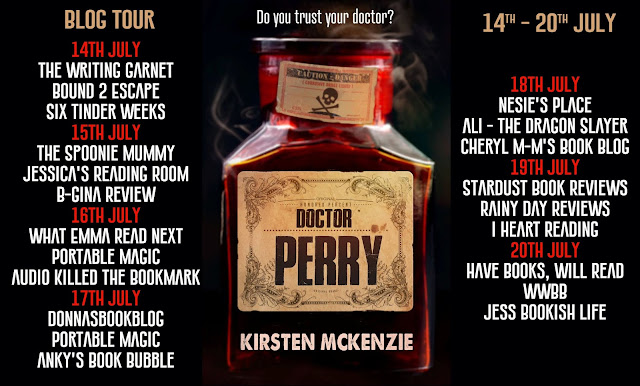 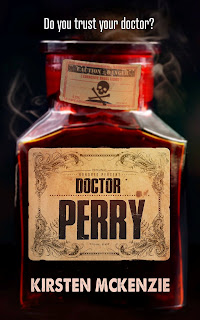 Under the Hippocratic Oath, a doctor swears to remember that warmth, sympathy, and understanding may outweigh the surgeon’s knife or the chemist’s drug.
Doctor Perry assures his elderly patients at the Rose Haven Retirement Home that he can offer warmth, sympathy, and understanding. Doctor Perry is a liar.
Hiding from a traumatic past, Elijah Cone wants nothing to do with the other residents at the Rose Haven, content to sit at his window waiting to die. He’s about to learn that under Doctor Perry death is the easy option...


As well as being the consulting doctor at the Rose Haven Retirement Home, Doctor Perry has a busy medical practice. He prefers patients without any complications — complications like family or friends. Don Jury is one of those patients. Don has turned up for his appointment, the last appointment of the day. Doctor Perry likes scheduling his special patients for last thing, because then no one can hear the screaming…

“Come through, Don,” Doctor Perry said, his eyes taking in the glass of water and Don’s proximity to Molly. His intuition failed him this time as he disregarded the scene as irrelevant. “Thank you, Molly, that’s all for tonight. I’ll see you tomorrow.” Doctor Perry dismissed the girl. He might keep her on until he retired, her legs were still a delight, despite her being too social for his liking which he hadn’t realised when he’d hired her. He preferred his receptionists to be more circumspect with their lives, and preferably without a social life.
“Good night, Doctor Perry,” Molly said, gathering up her purse and fair dancing out the door, locking it behind her.
Satisfied she’d gone, Doctor Perry followed his last patient of the day into his surgery, closing the door and engaging the well-lubricated lock behind him.
“How are you?” Doctor Perry asked, steepling his fingers on his desk.
“It’s been a rough week, wrenched my shoulder again,” Don replied, favouring one side which gave him a lopsided Quasimodo gait.
“More swimming?”
Don shook his head and swallowed hard, tears forming in his eyes. “My dad died, and I was a pallbearer,” he said. “I had the heavy end.”
Doctor Perry closed his eyes. He’d been cultivating this client for weeks and this was the first time he’d mentioned any family. His enrolment notes hadn’t shown a next of kin and even when he’d asked about partners, Don Jury had been quick to say that there wasn’t anyone. Jury had just retired from his job, a job which saw him spending long stints travelling out of state. No one relied on him and with no dependants, he’d appeared to be the perfect patient.
“And your mother?” Doctor Perry asked, fully prepared to abandon his plans for this particular patient. Annoying, but prudent.
Don grabbed a tissue from the box on the desk and shook his head, explaining that his mother had died years earlier and that his father had been suffering from dementia for the past ten years, in full time care for nine of those. As an only child he had the responsibility for his father’s care, with the funeral being his last act.
“It was a grim affair. Just me, some of the staff from his care facility and two of his old work colleagues. And I’m pretty sure they were only there for the free food. I don’t think they really knew Dad at all. We had a cup of tea afterwards and that’s it. It’s an ignoble way to go, drooling into your cereal every day.”
Doctor Perry straightened his shoulders. Excellent, Don Jury was still the perfect patient. Time to start, there was work to do.
Washing his hands, Doctor Perry considered his procedure for tonight. His tonic was ready on the side, and the restraints tucked out of sight. He’d need to dispose of Jury’s clothing on his way home — he used the charity clothing bins for that, far away from the office. Disposing of Don’s wallet and cellphone were more problematic but not insurmountable, given caution and timing. Satisfied with his preparations, Perry dried his hands before turning back to his patient.
“Up onto the bed please, just sitting and let’s look at that shoulder.”
Doctor Perry made a show of examining Don’s shoulder, poking and prodding like any conventional doctor. He was pleased that Don kept himself fit. With no extraneous weight, the procedure would go faster, and he smiled to himself as he poured a precisely measured dose into a glass he’d prepared earlier.
Doctor Perry handed Don the glass filled with the milky liquid. “Drink this, it’s a stronger dose than before. Give it a few minutes to kick in and then I’ll start the manipulation. It will hurt, so I apologise but my tonic will take the edge off. And by bedtime, you’ll be as good as new. Trust me.” Moistening his lips, Doctor Perry watched as Don swallowed the lot in one gulp. Now the fun would really begin.
* * *
Jury sculled the liquid, eager to get on with life without his father and the resulting drain on his own finances. The doctor’s milky liquid slipped down his throat, reaching its icy fingers out towards his extremities, slinking along his arteries and inching along every tiny blood vessel. He fancied he could feel it seeping through his hair follicles and out his fingertips. An iciness filled his flaccid penis and Don lurched backwards, a sudden dizziness overtaking him. His skin prickling at the sudden coldness engulfing him. Closing his eyes relieved the nausea but also made it feel as if the hairs on his face were being sucked into his skin. He tried opening his eyes but he gave up fighting the tiredness and inertia took over. He let himself drift away from his worries, away from the dreariness of caring for a father who didn’t recognise him, away from a career which did nothing for his soul, away from a life void of love. Somewhere he could hear the muffled sound of Doctor Perry talking and thought perhaps that the good doctor was reminding him about the pain. Don tried smiling, he was ready for it he wanted to say, but when the pain came he screamed. And he screamed, and he screamed, and he screamed.

Author Bio –
For many years Kirsten McKenzie worked in her family's antique store, where she went from being allowed to sell the 50c postcards as a child, to selling $5,000 Worcester vases and seventeenth century silverware, providing a unique insight into the world of antiques which touches every aspect of her writing. 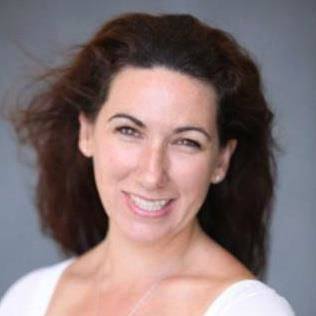 Her historical fiction novels 'Fifteen Postcards' and it's sequel 'The Last Letter' have been described as 'Time Travellers Wife meets Far Pavilions', and 'Antiques Roadshow gone viral'. The third book in the series 'Telegram Home' will be released in November 2018 by Accent Press.
Her bestselling gothic horror novel 'Painted' was released in 2017, with her medical thriller 'Doctor Perry' following closely in April 2018.
She lives in New Zealand with her husband, her daughters, an SPCA rescue cat and a kitten found in the neighbour's shed, and can usually be found procrastinating on Twitter under the handle @kiwimrsmac.