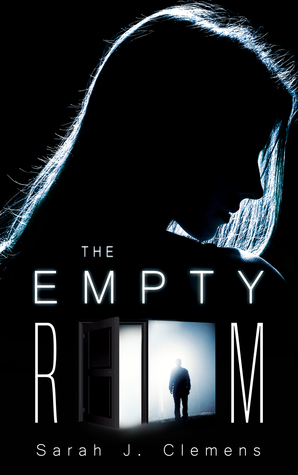 A knock pounded loudly on the door for a second time and Elizabeth involuntarily let out a small shriek. She frantically put her hand over her mouth, but the sound had already escaped and there was little doubt that Mrs. Jacobs had heard.
“Well.” Dean sighed, as he stood up from the crouched position he’d been holding beside the window. “Now we answer the door because you apparently have Tourette’s.”
As Elizabeth slowly stood up beside him, a third round of loud pounding ensued. Elizabeth jumped at the sudden noise and hit her head against Dean’s lower lip. His head jolted back from the force and he winced.
“Oh my God.” She leapt forward toward him. “Are you OK?”
Dean reached up his hand and clenched his jaw, pulling it from left to right. He pointed toward the door. “Great, first I get physically abused, now I’m going to get emotionally abused. And I still have no underwear.”
He finally came to the door and put his hand on the doorknob. He looked back at Elizabeth. “Just for the record, you are the worst covert ops partner ever.” With a specific intent in mind, he quickly turned the doorknob and ripped open the door as fast as he could. A startled Mrs. Jacobs stumbled backwards.
“You almost scared me to death,” she asserted, quickly brushing her dress to remove the imaginary wrinkles that had not formed from the unexpected greeting.
He stepped outside and grabbed Elizabeth by the wrist to pull her out of the house with him. “Well, follow-through has always been my problem. Look, we were just headed out the door and into town so we’re going to have to finish this later.” He reached for the doorknob and slammed the door behind him.
But Mrs. Jacobs did not move. Other than the slight falter when he opened the door, she held her stance and stared at the closed door. Dean had a feeling it was not the first or the last time she had ever had a door closed in her face. With their backs to the old woman, the couple took several steps toward the edge of the porch.
“You live next door, right? We’ll stop by. Oh, the fun we’ll have.” Still holding on to Elizabeth’s wrist, he pulled her past Mrs. Jacobs and down the steps.
“Where are we going?” Elizabeth whispered.
Mrs. Jacobs turned to face them. Her hands clasped in a folded position in front of her.
“We’re going to see if we can find out what happened in that room, what happened in that house. Someone here knows. Everyone in this town can’t be as bad as Mrs. HaWiggins back there,” he whispered back.