The One Man by Andrew Gross Review 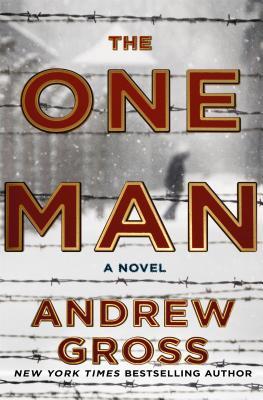 1944. Physics professor Alfred Mendl is separated from his family and sent to the men’s camp, where all of his belongings are tossed on a roaring fire. His books, his papers, his life’s work. The Nazis have no idea what they have just destroyed. And without that physical record, Alfred is one of only two people in the world with his particular knowledge. Knowledge that could start a war, or end it.
Nathan Blum works behind a desk at an intelligence office in Washington, DC, but he longs to contribute to the war effort in a more meaningful way, and he has a particular skill set the U.S. suddenly needs. Nathan is fluent in German and Polish, he is Semitic looking, and he proved his scrappiness at a young age when he escaped from the Polish ghetto. Now, the government wants him to take on the most dangerous assignment of his life: Nathan must sneak into Auschwitz, on a mission to find and escape with one man.
The One Man, a historical thriller from New York Times bestseller Andrew Gross, is a deeply affecting, unputdownable series of twists and turns through a landscape at times horrifyingly familiar but still completely compelling.
***********
This is a time period of great sadness and racism that isn't talked about much, isn't taught enough about, and is heartbreaking to read about, listen to, and watch. A horrific time in history.

This historical thriller is set during World War II, in Auschwitz. In this story, it is focused on the physics professor who has a way to end the war, an atomic bomb.  Even though this is during a very sad time in history, this book is very memorizing and compelling. He found a way to write a story during a very sad and traumatizing time in history and create a story line with sub-plots without making it emotionally difficult to read. It truly was a hard book to put down.

I do highly recommend this book to all.

I received this book from Netgalley for free in exchange for an honest review.