The Perfect Victim by Christine McGuire and Carla Norton **Review** 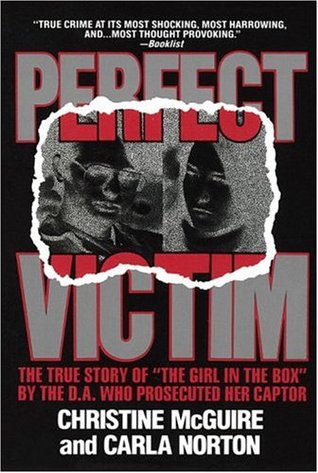 Recounts the ordeal of Colleen Stan during her seven-year captivity and sexual slavery in the hands of Cameron and Janice Hooker and details the court case that followed.

Once I heard this movie documentary was based off the book I had to read it.

I've always wanted to read books and watch movies that are based off of actual events or based off of true stories, Like The Diary of Anne Frank, for instance.

The book starts with how her journey starts; hitchhiking to see a friend as a surprise for her birthday that leads to her abduction.
Then as you are reading the tragedies of what "K"  (her slave name), endured, it flips to the then present time of legal happenings after she escapes. It was nice to have those intermissions between because reading about her abuse, torture, rape, and brainwashing was difficult.
Sadly, this was a time when brainwashing and Stockholm syndrome weren't really coined terms of validity. Even though Stockholm syndrome is still controversial, people now know, it is possible - especially with constant fear of death looming. 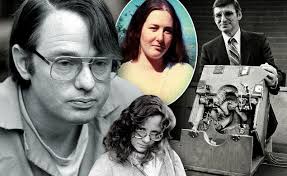 People to do this day wonder, why didn't she escape or tell someone every time she was given the opportunity? If you read the book and/or watch the movie (or remember this in the news), Cameron Hooker did such a fantastic job of lying to her about The Company (A sex slave company he fictionalized to scare Colleen Stan into staying and not saying a word about her abduction or abuse) that she not only believed it was true, but agreed to sign the contract and stay there for 7 years as his sex slave if it meant no harm to her family and loved ones.


You may ask, why would Cameron's wife, Janice, go along with this? And for so long?? She too, had been enduring his abuse. He had a major obsession with S&M and BDSM. She agreed he could have a temporary sex slave if it meant she wasn't being the one enduring the pain and he promised  not to have sexual intercourse with the sex slave; which took Cameron no time at all to break. Several years later, when Cameron's wife Janice admits to Colleen or "K" that The Company is fictional and she needs to escape, Colleen is constantly berated and accused of "being in love with Cameron" and "wanting to stay" when in fact, it was an act of altruistic love for her family and loved ones.

After reading this book, I realized the court proceedings were happening when I was a young child.  Not too long ago..
Then I thought, this couldn't possibly still happen in today's world..then I remembered the Cleveland Abductions...
Anyways, I've never met Colleen, but would love to, she is a true survivor.

I highly recommend this book, as well the the 2-part movie. **It is graphic in nature- mature readers only**

I borrowed this book from my local library
Posted by Elisha German at 2:28 PM