#1 NATIONAL BESTSELLER, SOON TO BE A MAJOR MOTION PICTURE.
At twenty-two, Cheryl Strayed thought she had lost everything. In the wake of her mother’s death, her family scattered and her own marriage was soon destroyed. Four years later, with nothing more to lose, she made the most impulsive decision of her life. With no experience or training, driven only by blind will, she would hike more than a thousand miles of the Pacific Crest Trail from the Mojave Desert through California and Oregon to Washington State — and she would do it alone.
Told with suspense and style, sparkling with warmth and humor, Wild powerfully captures the terrors and pleasures of one young woman forging ahead against all odds on a journey that maddened, strengthened, and ultimately healed her. 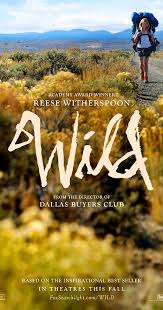 My review:
Wow, what a life adventure full of disappointments, tragedies, and laughs.
I actually heard about this book after watching the movie where Reese Witherspoon plays Cheryl Strayed. My review on the movie will be later, since I need to re-watch it since it has been a long while. 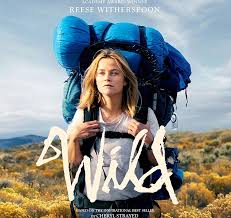 From explaining her life's ups and downs; her trouble with drugs, mainly heroin, to sleeping around;even while married, to losing her mother abruptly to cancer, to her decision to hike the Pacific Crest Trail (the PCT), Strayed has a talent for articulation and detail in her writings about her life journey. Among sharing the journey she had on the PCT, which was both a physical, mental, and emotional journey, she shares the saddest stories she endured that led her to the PCT. Having to put down her mothers horse after her mothers death was difficult and sad to read but, understandable. Not being in the room with her mother when she passed was very sad and pulled on the heart strings.
When she spoke about her journey on the trail, she describes it in such as way, that you can almost smell, taste, and in-vision where she is at on the trail. Making mental pictures of where she is at on the trail. You feel you get to know the same people on the trail as she did as well as worrying about her safety when she comes across the two guys towards the end of her hike, but especially the one guy, who were both sexist and a bit rude to then be able to realize that she can now run with her pack on. No spoilers...I won't give the name for those who have not read this yet...I was a little disheartened to learn one of the PCT hikers she had met had passed. But now I wonder where these people are at in their lives now.
My only gripe about this book...it was a bit wordy at times for me. I understand she was being descriptive so that the reader had a better grasp of where she was at, how it felt, what she was seeing at the time...but occasionally I thought Okay, I get it...
That and, it seemed that once she was on the last home-stretch of her journey on the PCT, she seemed to rush through explaining her journey; unlike the rest of her story where she takes the time to explain to the reader what is going on.

I still very much enjoyed this book and would highly recommend it.

I borrowed this book from my local library

Posted by Elisha German at 3:33 PM