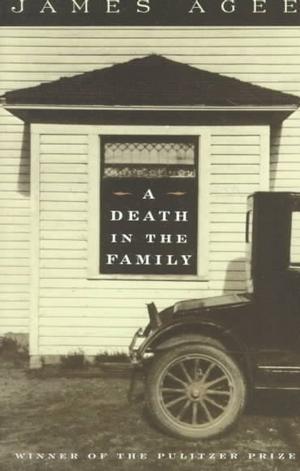 A Death in the Family by James Agee

Synopsis from goodreads
Published in 1957, two years after its author's death at the age of forty-five, A Death in the Family remains a near-perfect work of art, an autobiographical novel that contains one of the most evocative depictions of loss and grief ever written. As Jay Follet hurries back to his home in Knoxville, Tennessee, he is killed in a car accident--a tragedy that destroys not only a life but also the domestic happiness and contentment of a young family. A novel of great courage, lyric force, and powerful emotion, A Death in the Family is a masterpiece of American literature.

Review
This autobiography was hard to put down. It was well-written, gripping, and so sad. Even though this was a tragic story, it was so compelling, loving, and very relatable to others. However, because this is a very sad and depressing book, it is important (I think) to take breaks and read this at a pace because this book is very emotional and full of anguish, it is easy to internalize the words inwards. The writing was sovereign and somber.
Yes, this is a good read, however, it is a depressing read.

An American author, journalist, poet, screenwriter and film critic. In the 1940s, he was one of the most influential film critics in the U.S. His autobiographical novel, A Death in the Family (1957), won the author a posthumous Pulitzer Prize.