A Matter of Circumstance by Michelle Deschenes 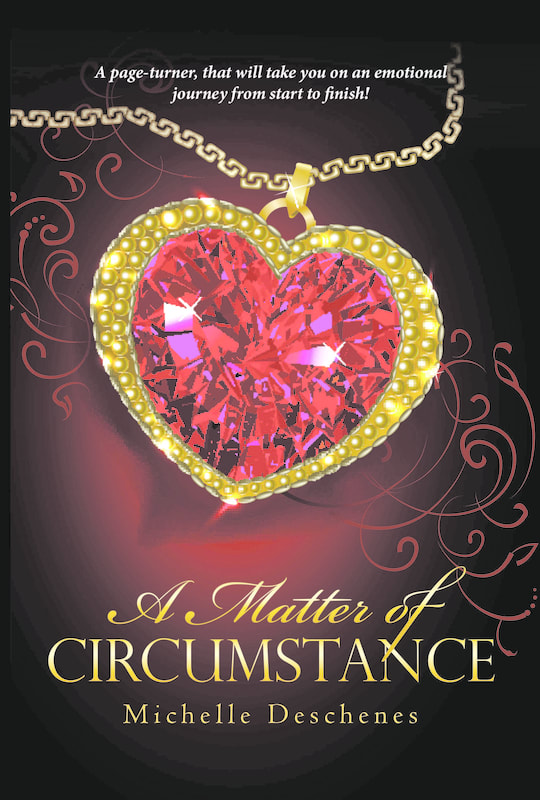 A
Matter of Circumstance
by
Michelle Deschenes
Genre:
Historical Romance

It
is 1816 and twenty-one-year-old Julianne Smith is anxious to depart
from her guardians’ luxurious household and set out on her own.
Even with all her grand ideas seemingly within reach, Julianne never
foresees the turn of events that are about to irrevocably transform
her life. Captain Charles Dorchester is a handsome, honourable man
with few worries now that the war is behind him. When fate leads him
to rescue the passengers of a stagecoach after it is robbed somewhere
between London and Birmingham, he has no idea that inside is a woman
with the power to turn his life upside down. As Julianne’s path
intertwines with his, neither can deny their attraction to each
other. But as a fierce passion and love blooms between them, Julianne
is left in the midst of an internal struggle that prompts betrayal,
fears, and consequences. In this historical romance, an independent
woman becomes embroiled in a passionate love affair with a military
captain that leads her to realize the influence of fate.

“May I ask you a question?” Julianne gazed down at him.
Kneeling before her, with his shirt sleeves rolled up his arms,
Charles tenderly washed the blood away, rinsing the cloth often in the
basin of hot water he’d returned with earlier. “Of course, you may ask
me anything you like.”
“Have you ever been in a situation where you knew not how to
proceed?”
“Many times.”
“What did you do?”
Charles glanced up at her hesitantly. “Well, I believe I’ve always
been one to use logic. And where logic has failed me, my instinct, more
often than not, have always seemed to set me in the right direction.”
“And what if you were torn between the two?”
“Well then, I suppose it all depends on the circumstances.”
“Hmmm.” Without thinking Julianne lovingly ran a finger down
the side of his face. The shadow of stubble added a wildness to his dark
looks. “You are very wise Captain.”
The touch sharpened the green in the depth of his eyes to an
intense emerald. The question did not escape him either. Charles knew
she struggled with herself and how to deal with the blatant need that
sizzled between them as much as he did. Uneasily, he looked away and
continued to tend her wounds, forcing himself to focus on the task at
hand. 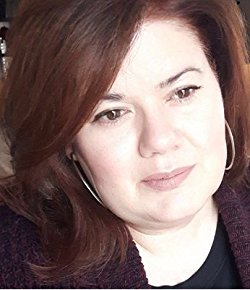 Michelle
Deschenes is a new author in the historical fiction/romance genre, a
successful businesswoman and an entrepreneur living in Canada with
her husband, three children and their family dog, Lucky. Michelle
loves reading, writing, and pretty much anything that involves
creativity. She's also passionate about nature, and outdoor
adventures with her family and friends. Michelle is now hard at work
completing her 2nd book, coming out in early 2018!

Posted by Elisha German at 6:34 PM