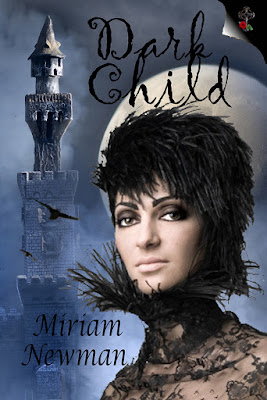 Born at a royal banquet for King Conor MacNessa of Ulster, Deirdre is predicted by Conor’s own druid to be blessed and cursed with a beauty that will make kingdoms contest over her.  He names her “Deirdre of the Sorrows” and urges the king to slay her.  But Conor, unwilling to murder a babe, takes her under his protection only to fall prey to the curse when she is nearly grown.  Captivated by her youth and beauty, the aging king will go to any extreme to possess her.

Once inside, the king and his guests found beef and mutton and pork…fowl and venison and  fine, firm pink salmon borne on ice across the sea from Alba where ice was often to be found.  Curds and whey they had, and all else that a dairy might supply.  There were breads and cakes, pies and pasties of every sort and great quantities of wine, honey mead and ale both light and dark.  Yet so deep went Conor’s unease that he had no appetite for them. Singers, dancers and musicians both foreign and native performed, male and female alike, but the crash and roar of the storm drowned out the sounds of their merry-making.    Men marked that never had such a storm visited Ulster.  Irishmen all they were and accustomed to the rains and gales of their island, but even Conor agreed it seemed no natural storm and that he, too, had a feeling of doom.

“Nonsense,” Felim insisted stoutly as the king merely nibbled at his food, for he saw all his plans dashed to destruction and the favor he wished of Conor turned to stone.  “’Tis but a storm!”

Hardly had the words left the storyteller’s mouth than a terrifying scream split the air, a sound to raise the bristle hair on a hound’s back.

“’Tis only my wife, who labors,” Felim insisted, but the king took not a bite further of his food and sat with a pale and ashen face.

“’Bring her here,” Conor ordered, “that I may see if that is the scream of any mortal woman, for I much doubt it.”

And so the unfortunate woman was required to present herself to the king.

“Tell me true,” Conor demanded, “was it you who screamed?”

Felim’s haggard and trembling wife, fearing for her life, nonetheless shook her head, for she knew her maidservants would give her away if she lied to the great king.

“Nay, my lord,” she replied.  “’Tis the child that screamed from inside my womb.”

“This is a thing I have never known!” Conor exclaimed, while beside him his druid Catha stood  abruptly to lay a hand upon the mother’s belly, his expression dire.

“’Tis the scream of a girl child,” he predicted, “and her name will be Deirdre, the call of alarm, for she will bring war.”

AUTHOR Bio and Links:
Fantasy poetry driven by myths and legends has been my passion for as long as I can remember. I was published in poetry before catching the romance writing bug. I bring that background to my writing along with a lifelong addiction to horses, an 18 year career in various areas of psychiatric social services and many trips to Ireland, where I nurture my muse. My published works range from contemporary fantasy romance to fantasy historical, futuristic, science fiction and historical romance. Currently I live in rural Pennsylvania with a “motley crew” of rescue animals. You can see my books at www.miriamnewman.com.

Miriam will be awarding a $10 Amazon or B/N GC to a randomly drawn winner via rafflecopter during the tour.