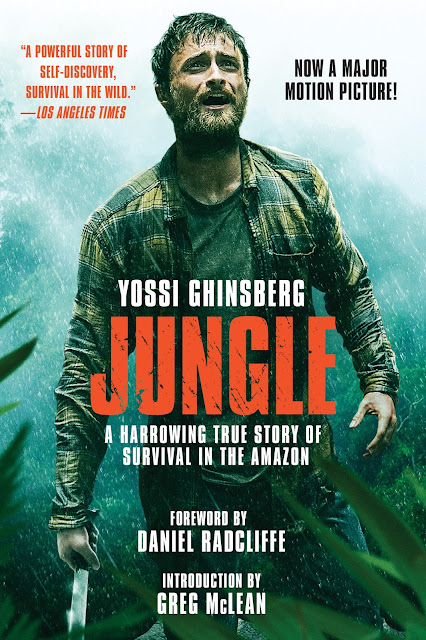 Four travelers meet in Bolivia and set off into the heart of the Amazon rainforest, but what begins as a dream adventure quickly deteriorates into a dangerous nightmare, and after weeks of wandering in the dense undergrowth, the four backpackers split up into two groups. But when a terrible rafting accident separates him from his partner, Yossi is forced to survive for weeks alone against one of the wildest backdrops on the planet. Stranded without a knife, map, or survival training, he must improvise shelter and forage for wild fruit to survive. As his feet begin to rot during raging storms, as he loses all sense of direction, and as he begins to lose all hope, he wonders whether he will make it out of the jungle alive.

The basis of an upcoming motion picture starring Daniel Radcliffe, Jungle is the story of friendship and the teachings of nature, and a terrifying true account that you won’t be able to put down.

The book is my story, my rite of passage, it is a story of a passion for a dream, a desire to be different, step out the lines and walk the unknown path. That passion is served by life first by all the resistance that can surmount to make you fail or betray your dream and then when your stubbornness wins by giving you much more than what you bargained for, your lifelong dream turns your worst nightmare. Thus the story is absolutely true memoir it has to classic themes, The Lord of the Fly, Treasures of Sierra Madre theme of what happen to men when they are separated from civilization and that darkness that rises from within. And the other theme is one man alone against all the mighty unforgiving powers of nature. The characters, the foursome, though real people, each carries the power of an archetype. The book is raw, it has no author, just a storyteller that didn’t stand in the way - and now the movie is pretty much doing the same.
A young adventurer decides to find a tribe deep in the uncharted Amazon. Backpacking throughout South America he befriends a vulnerable Swiss school teacher on a Sabbatical. They arrive in La Paz Bolivia where they meet another friend an American legendary traveler and photographer. In the street of La Paz, Yossi, the young Israeli senses he is being followed by a rugged European man that soon introduces himself as an Austrian geologist. He lures Yossi to follow him deep into the uncharted Bolivian Amazon to make contact with the elusive Toromonas a tribe never seen by civilization. The foursome penetrate the jungle only to discover the guide is a deluded pathological liar. As the pressure increases the group breaks up, friendship collapse and fight for leadership brings them almost to each other's throats. They split and walk to different ways. Two never return. The other two have a rafting accident and one man is tested alone for three harrowing weeks of survival against all odds until redemption arrives. 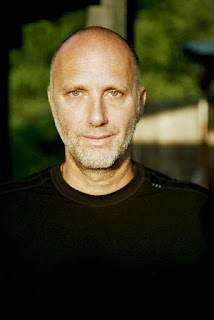 Yossi Ghinsberg is an Israeli adventurer, author, entrepreneur, humanitarian, and motivational speaker based in Australia.
Ghinsberg is most known for his survival story of when he was stranded in an uncharted part of the Bolivian Amazon jungle for three weeks in 1981.
Yossi's book 'Jungle,' is published in over 20 languages and distributed worldwide with millions of copies sold. Published by Random House, Pan Macmillan, National Geographic, Penguin, Summersdale and Skyhorse amongst others and critically reviewed and acclaimed by the LA Times, The Washington Post, CNN and may others.


The book's adaptation was one of the core episodes for a Discovery Channel acclaimed series "I shouldn’t Be Alive". And in April 2017 a motion picture based on 'Jungle' premieres at the Tribeca Film Festival. Starring Daniel Radcliffe as Yossi.
Website | Twitter | Facebook | Instagram |  YouTube | Goodreads

Posted by Elisha German at 2:48 PM