This Dark Light by Nazarea Andrews 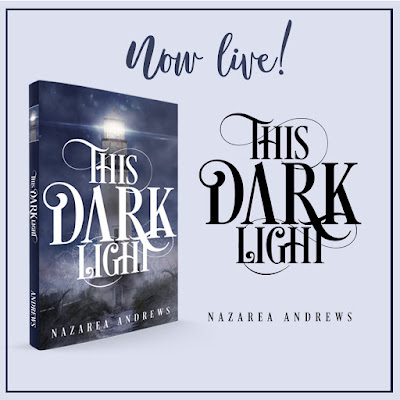 When their business partner and friend Scott dies, brothers Austin and Ezra retreat from the world, to regroup, to write a book, to grieve. They return to Lightpointe, a tiny village where Scott grew up, and take up residence in an abandoned lighthouse.

While Austin is drawn into the eccentric seaside village they live on the outskirts of, Ezra loses himself in the pain of his best friend’s death. He wanders the beach and their lighthouse, stuck in his grief and the life he left behind, until a handsome stranger on the beach intrigues him. He strikes up a friendship with the eccentric Milo, a quiet distraction as his brother begins dating again.

Both Austin and Ezra are falling in love. But as Austin learns more about the village, it becomes clear that Milo is hiding things about his past.

Excerpt:
The days take on a kind of rhythm. I wake too early and spend an hour on the beach, drinking coffee and watching the waves, wishing like hell my best friend was at my side. Then I stumble back in, cold and windblown, and Austin will coax me out for breakfast. Then we’ll go our separate ways, like we can’t be around each other too long before we have to break apart, the weight of our dead friend driving us into different circles.
I try to not think too hard about where Austin is going, about what he’s doing to cope with the grief that should be getting easier to bear, except it’s not. The kid has a good head on his shoulders, and I’m pretty sure whatever he’s doing, it’s more geeky than it is dangerous.
At least he isn’t turning into a closet alcoholic, anyway. He’s ahead of me in the game if that's the case.
The truth is I am trying. There are days where I can't breathe for the pain, the crushing loss. There are days when Austin can’t pull me out of my nest on the couch, and I feel bad about it every time it happens, but I also can’t make it stop.
Austin sits close and quiet, until the pain recedes enough for me to emerge from the blankets and then he retreats, not bothering to acknowledge the awkward thanks I nod at him.
But for the most part, I function. Gingerly. There are missteps and setbacks, but I function.
Slowly.
Painfully.
I live. 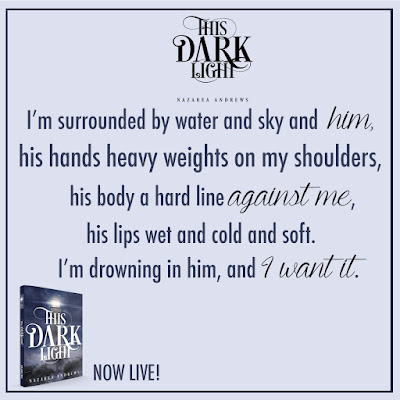 ------
AUTHOR BIO:
Nazarea Andrews (N to almost everyone) is an avid reader and tends to write the stories she wants to read. Which means she writes everything from zombies and dystopia to contemporary love stories.
When not writing, she can most often be found driving her kids to practice and burning dinner while she reads, or binge watching TV shows on Netflix. N loves chocolate, wine, and coffee almost as much as she loves books, but not quite as much as she loves her kids.
N is a self-professed geek and enjoys spending her spare time lost in her favorite fandoms and can often be found babbling about them on social media.
She lives in south Georgia with her husband, daughters, spoiled cat and overgrown dog. She is the author of World Without End series, Neverland Found, Edge of the Falls, and The University of Branton Series. Stop by her twitter (@NazareaAndrews) and tell her what fantastic book she should read next.
AUTHOR LINKS: