Nothing Left to Lose, by Allan G. Johnson Book Spotlight 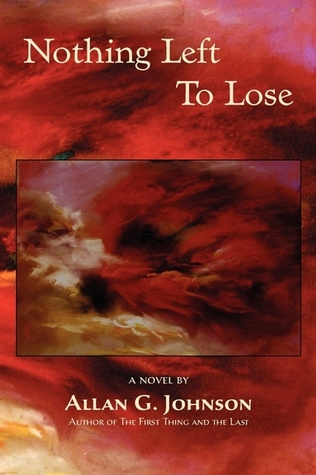 Nothing Left to Lose, by Allan G. Johnson, is the story of a family thrown into crisis in 1968 at
the height of the Vietnam War. The father, William, is a World War II veteran who teaches
history in a small New England Prep School and has for more than two decades been haunted by
nightmares whose content he has never shared with his wife, Anne, or their two sons - Joshua, a
Marine on active duty in Vietnam, and Andrew, an ROTC college senior scheduled to go on
active duty following graduation.

When Joshua is reported missing in combat, the web of secrets and denial that has kept the
family together for more than two decades begins to unravel as Anne and William face the loss
of Joshua and the potential loss of Andrew, and Andrew must confront the tangle of love,
obligation, and loyalty that he feels toward his country, his father, his brother, his mother, and
himself.

Andrew is asked by his ROTC colonel to spy on a professor of history whom the colonel
believes is masking anti-war propaganda in the guise of teaching a course in Southeast Asian
history. As Andrew digs for evidence of the professor's wrongdoing, his own understanding of
the war and what has become of his brother slowly comes apart, culminating in the news that
Joshua is dead.

Andrew meets another student, Ruth Koszinski, a radical anti-war activist who confronts him
over the choices he has made about the war, and in their struggle to understand each other and
what is happening around them, their relationship becomes the core on which he builds his
rebellion against the war and his father, a journey that takes him to the mountains of Mexico and
the Democratic National Convention in Chicago, where his father comes searching for him,
catching but a glimpse of him in the midst of the violence and the chaos. The novel ends in a
church near Boston where Andrew has sought refuge with other war resistors, awaiting the
arrival of the FBI, and where he is finally found by his father.

Nothing Left to Lose is about generations of fathers who return from war so traumatized from
what they've seen and done that they never talk about it, leaving the next generation of sons to
decide about war without knowing what it is truly about - what's at stake, what they're getting
into - before it's too late. And it's about mothers and wives who play their own role in a betrayal
on which all war depends.

It is about the struggle of every parent to protect their children even as they must give them up to
the world, including the nightmare fear of outliving them. It is about the consequences of passing
on to children what the parents' generation has not resolved or healed in their own lives. It is
about the struggle of each new generation to see clearly the legacy being passed on to them
before it is too late to choose differently than generations that went before.

Nothing Left to Lose is about the family history that lies behind every soldier who shows up on
the battlefield - or the draftee who refuses to go or the deserter who runs away - a history we
usually do not know about unless it is our own. And it is about the families who must receive the
soldiers coming home, the soldiers and their wounds of every kind, bringing home the son or the
brother or the husband and bringing home the wound, and how all of this is lived out across
generations, from one war to the next, until something happens to make the past no longer
acceptable as a template for the present or the future.

This is a story that calls upon us to seek out a deeper sense of who we are, of what it means to be
a human being, and what that calls upon us to be and do. And to question what makes war
possible - even inevitable - time after time, and the terrible toll it takes on people's lives, the few
we know about, the ones we see, and the many we do not. 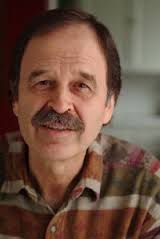 About the author:
Allan G. Johnson is a nationally recognized writer and public speaker who has focused on issues
of social justice since receiving his Ph.D. in sociology from the University of Michigan in 1972.
His nonfiction books include The Gender Knot: Unraveling Our Patriarchal Legacy and
Privilege, Power, and Difference. His work has been translated into several languages and is
widely reprinted in anthologies. His first novel, The First Thing and the Last, a story of healing
and redemption in the aftermath of domestic violence, was published in 2010. It was recognized
by Publishers Weekly as a notable debut work of fiction, was named a 'Great Read' in the April
issue of O Magazine, and was the focus of an interview on National Public Radio's Here and
Now.

Posted by Elisha German at 12:09 PM No comments: