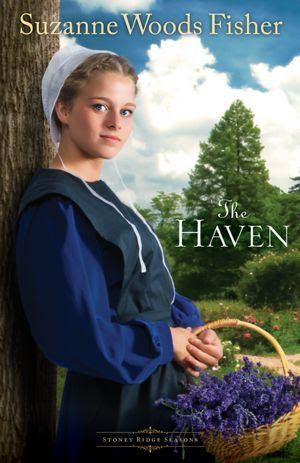 When Sadie Lapp steps off the bus in Stoney Ridge after being in Ohio for the winter, she is faced with a decision--one that goes against her very essence. Yet it's the only way she can think of to protect a loved one.
Schoolteacher Gideon Smucker has been crazy about Sadie since boyhood. But his response to her surprising decision undermines his own reputation--and his relationship with Sadie.
College student Will Stoltz is spending the spring at the Lapp farm as a guard for a pair of nesting Peregrine Falcons--courtesy of the Lancaster County Game Warden. Will needs to get his life back on track, but his growing friendship with Sadie threatens his plans.
The lives of these three individuals intertwine, and then unravel as unexpected twists create ripples through the town of Stoney Ridge . . . and through Sadie's heart.


I fully enjoyed The Keeper, which was the first book in the series. So I was more then happy to review this second book in the series.
When Sadie Lapp returned home from her visit to Ohio, she came home to a surprise. A surprise big enough to have an effect on her and her family. But she didn't expect the surprise to create such chaos. Gideon tries to help her but only makes things worse, which was sad to see play out because he has liked Sadie from the beginning. Also, him trying to help Sadie, starts to tear down his own reputation and doesn't help Sadie's reputation either.
This story has so many twists and turns, it'll have you reading until the last page.
I recommend this book (as well as the series) to any and all readers.

Posted by Elisha German at 4:37 PM No comments: 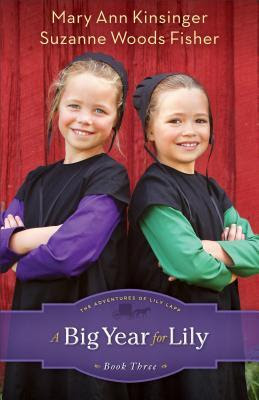 Lily Lapp's family has settled into their new home in Pennsylvania, but life still holds big changes and big steps for Lily. Good changes, like once again living close to her beloved cousin and best friend, Hannah. Bad changes, like a mean girl who plays tricks on her. And no change at all where Lily would most want one--Aaron Yoder sits near her in school and relentlessly teases her. Surprises are in store for Lily as she learns, with Mama and Papa's help, to manage the ups and downs of growing up Amish.
The third of four charming novels that chronicle the gentle way of the Amish through the eyes of a young girl, A Big Year for Lily gives children ages 8-12 a fascinating glimpse into the life of the Amish--and lots of fun and laughter along the way.


Again, Suzanne Woods Fisher does not disappoint! This book is special not only because it is again based on a true events, but it is co-written with Mary Ann Kinsinger, who was raised in Old Order Amish in Somerset Country. Not only is Kinsinger the co-author of this book, she is also the ao-author of The Adventures of Lilly Lapp series.
This book in-particular is, great for older kids and preteens because of the main character, Lilly in the book. Girls will be able to relate and find a friend in Lilly and her cousin Hannah who are two peas in a pod.
This series has been the only series I have found and have had the pleasure to review that introduces kids and tweens to the Amish culture and way of living. Kids will enjoy this series because it isn't a kid book but parents don't need to worry because it is clean and teaches values like honesty, faith and kindness as well as lessons in friendship, honor and grace.
I recommend people of all ages to read this.


I received this book for review from LitFuse Publicity

Posted by Elisha German at 12:38 PM No comments: 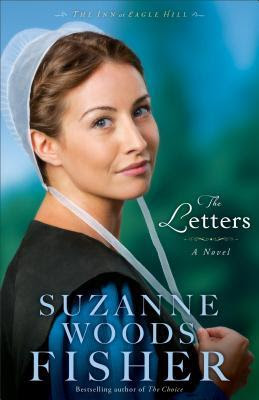 (Inn at Eagle Hill, Book 1)
Rose Schrock is a plain woman with a simple plan. Determined to find a way to support her family and pay off her late husband's debts, she sets to work to convert the basement of her Amish farmhouse into an inn. While her family, especially her cranky mother-in-law, is unhappy with Rose's big idea, her friend and neighbor, Galen King, supports the decision and he helps with the conversion. As Rose finalizes preparations for visitors, she prays. She asks God to bless each guest who stays at the Inn at Eagle Hill. As the first guest arrives and settles in, Rose is surprised to discover that her entire family is the one who receives the blessings, in the most unexpected ways. And she's even more surprised when that guest decides to play matchmaker for Galen King.


Suzanne Woods Fisher is the reason I fell in love with the Amish genre. She is my favorite Amish author thus far. I also love that this story is based on a true story with, of course Fisher's twists added. I love books and movies based on true stories. I grew up with a love of books. First the Nancy Drew series, which I still read :) And I first realized my love of books based on true stories when I read The Diary of Anne Frank. The fact that this book is from a true story, made me fall more in love with this book.
I love that in Fisher's books, you get a look into the daily lives of the Amish along with clean romance and last but not least, a look at their honest and deep faith in God. When most people think of the Amish, they think simple. Because that is how the Amish want to live. But, just because the lively simply, does not mean they are simple minded people who have boring lives. In this book, along with Suzanne Woods Fisher's other book, she shows her readers all of this, and more.
I honestly, could not put this book down.
The description of the Inn and Eagle Hill, so pretty and peaceful, and all the people with their personalities like Vera and Glan; make me want to visit this place for real. I also love how strong Rose is. She deals with so much with her husband dying and leaving her with debt and the disapproval of her plan to get herself out of debt and stay afloat, she is so graceful handles herself so much better then I would have.
Bottom line, this is a great book that you got to read. If you're not into Amish then at least try this book. You won't be disappointed.

Posted by Elisha German at 10:14 PM No comments: