Talented young ballplayer Clay Love has just been called up from the minors to play major league baseball. Freelance writer and divorcée Rose Lasting, the world's biggest baseball fan, wasn't expecting to fall in love when she fell into Clay's arms, but fall in love she did. Now they are caught up in a whirlwind romance complicated by the paparazzi, Clay's ex-girlfriend, Rose's ex-husband, and a stalker who puts Rose's life in grave danger. Saving her life and catching her attacker takes you on a roller coaster of emotion and intrigue that you won't soon forget.

The game moved slowly. Painfully so. Then there were extra innings. I wanted to pound my head on the railing. The only real bright spots were when Clay ran out to take left field. I sat on the edge of my seat and watched his long easy stride. Did he really ask me out? I asked myself again and again. Twice during the game he'd run over to the stands on his way to the dugout and give me the ball he had just caught. The first time he leaned forward and whispered in my ear, "I can't wait to see you later." The second time, he handed me the ball and playfully whined like a little kid, "When is this game going to be o-o-o-ver?"

I was thinking the same thing. That's when Sam chimed in again, "There's no way he's twenty-five. No way." I rolled my eyes and sat down. It looked like Sam was falling into one of his melancholy moods, the kind that started hitting him out of the blue after his wife passed away. But even that couldn't ruin my excitement.

Finally, the game ended. By that time, I didn't care about the final score or who won. I hurriedly said goodbye to Sam and jogged my way up the stairs, dodged a bunch of people, and jumped over a few seats to get to the stadium exit. 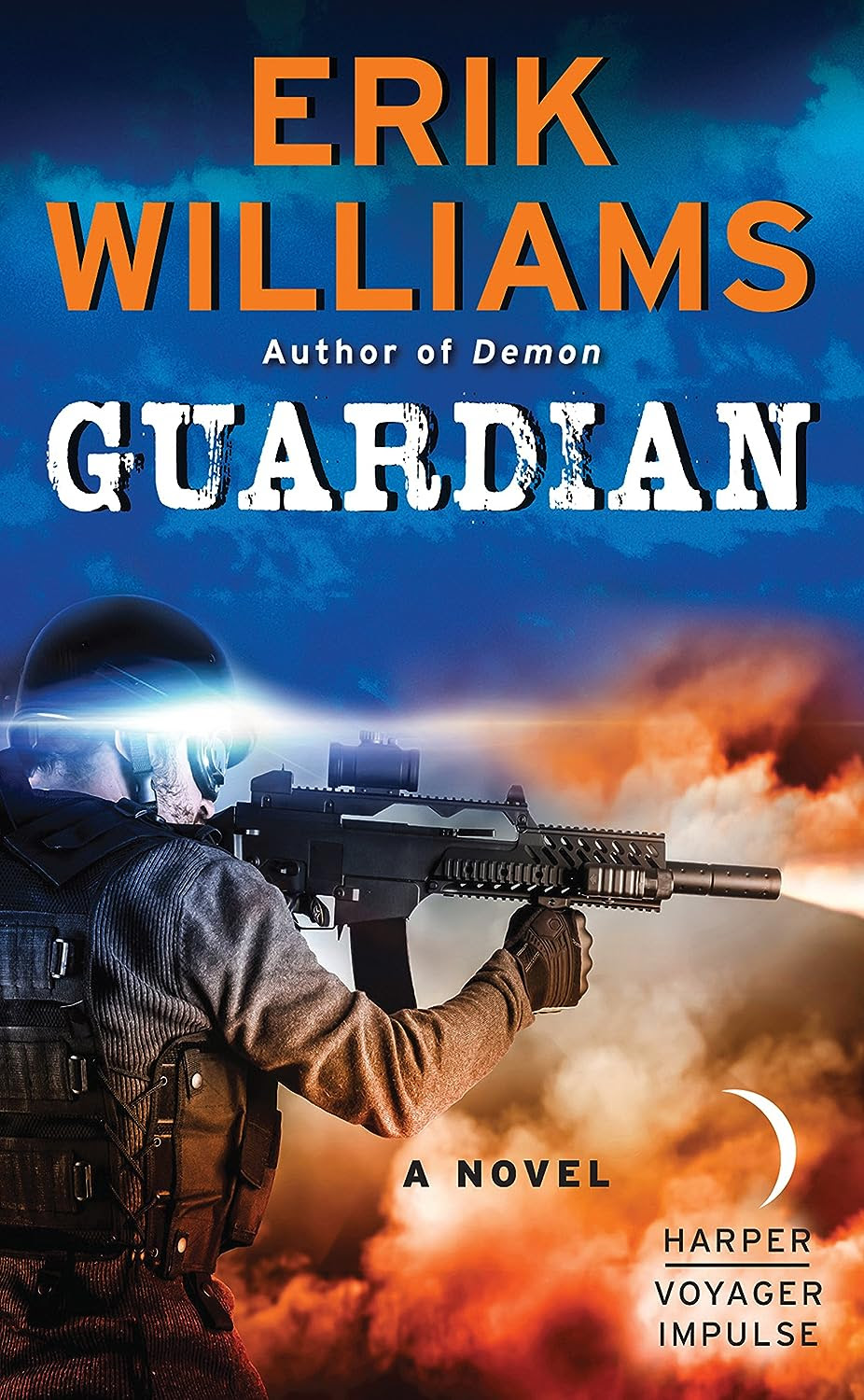 about it). He is also the author of Demon and numerous small press works and short stories. He currently lives in San Diego with his wife and three daughters. When he’s not at his day job, he can usually be found changing diapers or coveting carbohydrates


Guardian bcc:
The heart-pounding, action-packed sequel to Demon.
A secret order at war with itself.
A Syrian official who wants to set the Middle East ablaze.
And all of them want nothing more than one unlucky CIA agent …
CIA agent Mike Caldwell just confronted a fallen angel and survived. But he wasn’t the only one tracking down Semyaza, and the demon’s escape from an ancient tomb has caught the attention of several powerful entities. Now they will stop at nothing to get Mike to play by their rules.
Mike must head out on an international mission to confront the covert brotherhood in an effort to save the world from destruction.
FOR MORE INFORMATION

§  Guardian is available at Amazon
§  Discuss this book at PUYB Virtual Book Club at Goodreads.

Posted by Elisha German at 9:54 PM No comments: