Resisting the Heartbreak by Christine Glover 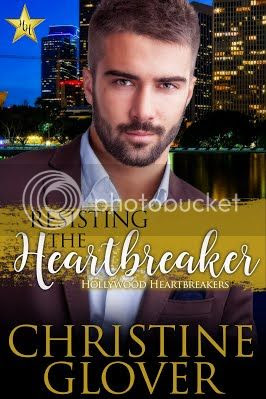 
Director Trevor Maguire is determined to protect a secret that could destroy his family. The only person he trusts to help him is his sexy helicopter pilot, Samantha Bennett. She’s got troubles of her own and desperately needs cash so her company won’t go belly up. Trevor saves her business so he can use her company to do research for a movie while also conducting his investigation with her assistance.

Samantha’s got a non-fraternization rule in place for a reason. No way will she get involved with a client. Sure, she’s attracted to Trevor, but he’s only with her temporarily and she’s not to into casual flings, even if the hottest man in Hollywood wants her. They try to resist each other, but they can’t deny the heat flaring between them and their sizzling chemistry spirals into an intense connection.

When Trevor unearths the truth about his past, he’s ready to move forward, but he’s got a difficult choice to make—will he go it alone or will he bring the woman he loves with him? Christine Glover is the author of tantalizing, sensual, emotional contemporary romances. She enjoys finding the silly in the serious, making wine out of sour grapes, and giving people giggle fits along with heartfelt hugs. When she’s not writing, you can find her traveling the world, cooking gourmet food, and desperately seeking a corkscrew.

Posted by Elisha German at 7:30 PM No comments: 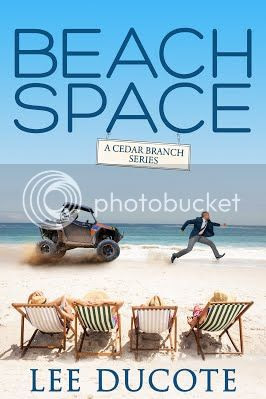 When seniors normally settle into Cedar Branch Retirement Community they begin a simpler and slower pace of living.  Not this group!  With Jack Goslin, Karl and Betty Rutherfurd, and the Stevens Sisters nothing is simple or slower after moving into the number one retirement community in the south.  With the neighboring resort battling over the beach property our eccentric group of seniors avenge war on the uptight and controlling manager of the resort.  And after CBC gives the green light for residents to have private golf carts, well things just get even crazier for Derrick St. Clair.

From the new exotic fitness instructor, to Violet’s secret winery, Jack’s pimped out golf cart, and a host of other new issues for the director, CBC continues to gain popularity as the most interesting retirement community in the south.  If you are looking for a place to retire, settle down, or witness bizarre fiascos stop by Cedar Branch, who knows – you just might make it home!

Lee DuCote has traveled the world researching cultures, people, and historical accounts to help create his stories.  A native to Louisiana, he writes to give hope and encouragement to others, as well as to entertain and spark the imagination.  Lee lives in the Ozark Mountains of Arkansas with his wife and family and is the author of seven novels including Camp 80 that earned him an international book award.

Posted by Elisha German at 4:00 AM No comments: