The Priest and the Peaches by Larry Peterson 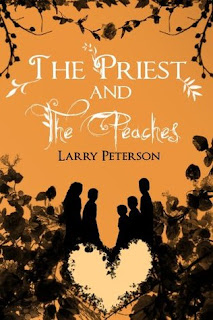 Historical fiction novel set in the Bronx in the mid-1960s
Take a seven day journey with the five, newly orphaned Peach kids, as they begin their struggle to remain a family while planning their dad's funeral.

They find an ally in the local parish priest, Father Tim Sullivan, who tries his best to guide them through the strange, unchartered and turbulent waters of "grown-up world." A story that is sad, funny, and inspiring as it shows how the power of family love and faith can overcome seemingly insurmountable obstacles.

In this past year (not starting at 2012, I mean in the past 12 months) I have read some really good books, some not so great, and a couple that have been really hard to put down. The kind where I need to get all errands and house work done before hand becasue once I pick it up it is near impossible to put down.
This was one of those books.
This sucks you in right from the start. Part of the pull of this book was that you just had to know what was going to happen next. Especially with a character like Beatrice. Do not like her. At least in the beginning. She seems to always be up to no good. A tiger in sheeps clothing type. Thinks and talks as though all kids/teenagers are up to no good, etc. She has it out for the Peach kids, especially after their father dies.
From the beginning your pulling for the five kids and your heart goes out to them. you feel yourself rooting for them and being parental and protective over the kids when someone is starting to stir the pot and causing issues especially where none is needed.
Wasn't a huge fan of Aunt Vera either. Trying to get the older kids to take a shot in their fathers name when he died of drinking too much then getting mad at the oldest girl, Joanie for disagreeing with it and being told she was out of line and rude to her elder. I loved the kids, They had to grow up beyond their years, especially Teddy and Joanie; practically overnight. Though I felt they did very good and handled themselves quite well. They have to deal with a lot of loss in a short time, take on adult responsibilities; including paying all the back bills their their father left behind, deal with everyone saying how great their 'Pops' otherwise known as Yimey was when they knew him to be great up until their mother died (he went into a downward spiral, started drink A LOT). Then it was a man who worked and went to the bar.

You 'hear' these kids' thoughts about their father and your heart goes out to them and their father. He went into depression after his wife died. But that in itself was a death to their kids because they hardly saw their father and and when they did he was either drunk or passed out. But they did have fond memories.
Anyway, I am beginning to ramble and get off track.
I loved the kids, the Priest, Sarah, Teddy's girlfriend and 'Scratch' Joanie's boyfriend. Was not a huge fan of Aunt Vera, as I said before; spoiled, rude and cold. Loved the tight knit family theme of the book. Having each others back, looking out for each other, kindness, love, compassion, bravery and faith. That would sum up the theme of this book and I loved it. And I look forward to the sequel.
I highly recommend this book. You won't be sorry, Larry is a gifted writer who creates a smart, witty, loving and believable characters and storyline. I am so happy I got the opportunity to read this book.

I received this book for review from Tribute Books 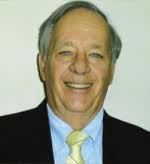 Larry Peterson was born and raised in the Bronx, New York. A former Metal Lather/Reinforcing Iron-worker, he left that business after coming down with MS. He, his wife and three kids moved to Florida 30 years ago. Larry began doing freelance newspaper commentary after graduating from Tampa College in 1984.

His first children's picture book, Slippery Willie's Stupid, Ugly Shoes was published in 2011. In 2012, his full length novel, The Priest and the Peaches was released and he is presently working on the sequel.

He also has a blog (http://www.ThePriestandthePeaches.com) where he posts weekly commentary. He lives in Pinellas Park, Florida and his kids and six grandchildren all live within three miles of each

Posted by Elisha German at 3:38 AM

Elisha, I can't tell you how much your review means to us. Larry writes for readers like you. I'm thrilled by how much you enjoyed his book.

Thank you for the opportunity to be a part of this blog tour. I am looking forward to his next release. I'm glad you enjoyed my review:)

I enjoyed this book too.