For more information on the United States of Books (click here for details).

The United States of Books the State of Hawaii 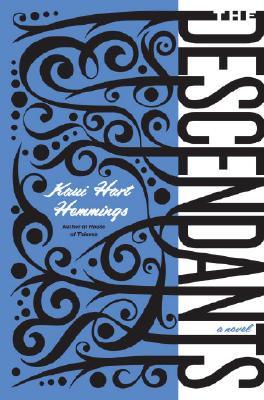 Narrated in a bold, fearless, unforgettable voice and set against the lush, panoramic backdrop of Hawaii, The Descendants is a stunning debut novel about an unconventional family forced to come together and re-create its own legacy.

Matthew King was once considered one of the most fortunate men in Hawaii. His missionary ancestors were financially and culturally progressive–one even married a Hawaiian princess, making Matt a royal descendant and one of the state’s largest landowners.

Now his luck has changed. His two daughters are out of control: Ten-year-old Scottie is a smart-ass with a desperate need for attention, and seventeen-year-old Alex, a former model, is a recovering drug addict. Matt’s charismatic, thrill-seeking, high-maintenance wife, Joanie, lies in a coma after a boat-racing accident and will soon be taken off life support. The Kings can hardly picture life without her, but as they come to terms with this tragedy, their sadness is mixed with a sense of freedom that shames them–and spurs them into surprising actions.

Before honoring Joanie’s living will, Matt must gather her friends and family to say their final goodbyes, a difficult situation made worse by the sudden discovery that there is one person who hasn’t been told: the man with whom Joanie had been having an affair, quite possibly the one man she ever truly loved. Forced to examine what he owes not only to the living but to the dead, Matt takes to the road with his daughters to find his wife’s lover, a memorable journey that leads to both painful revelations and unforeseen humor and growth.

Though traditionally this book would not of caught my eye I was interested in reading it because of my love for Hawaii. From the start the author did an admirable job of creating irritating spoiled children in the characters of Scottie and Alex. The addition of Alex's friend, Sid who has his own set of problems and annoyingness rounded off for me a difficult read. It is not that the book isn't well written but I wanted to take all of them over my knee and spank them or hug them to death.

As a mother I was stressed during this whole book and angry with Matt that he had not been more present in his daughter's upbringing and he allowed his wife free rein without question. As the story went on though he started to show superb judgement in how he handled so many of the new situations that showed up. The author did a fine job in the steadiness of Matt still making mistakes and where his aha moments happened, causing a change in his thoughts and actions.

Joanie is written in a very believable manner and one wonders if she ever thought of the damage she was doing to her children or if she was that clueless that she thought she was helping them. Her character is not likable for all the thoughtless damage she did to everyone around.

For me the interaction between Matt and Sid was the most impactful part of the story. Both of these two saved each other is ways that only they understood. What these two did for each other was amazing and heartfelt making me cry.

For this review I listened to it via audible and referenced the ebook version as well. I wonder if I had only read the book if I would have had a different outcome in my review. Though I haven't seen the movie I wonder how this book would come across on the screen. Out of curiosity I will see it though.