**Giveaway** Out of Character by Molly Zenk 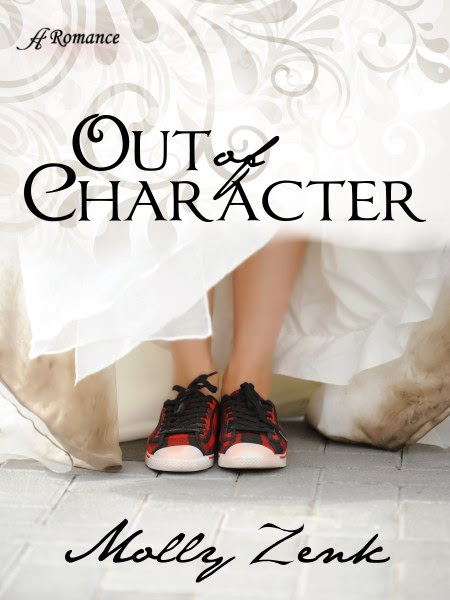 After
the loss of her brother, actress Harmony Jones struggles with daily
life. Landing the lead role on the hit faith based living history
show, 1700s Life, might be the perfect way to reconnect with her
faith and be her big acting break.

Tired
of hiding his strong faith and convictions to get secular roles,
David Hawkins jumps at the chance to play the curate on 1700s Life.
It's the perfect vehicle to spread God’s word.

Elliot
Banes’ career needs an image makeover, so he accepts the naval hero
role on 1700s Life. Getting away from his overbearing mother is an
added bonus. His true hope is to learn to speak his mind instead of
always fading into the background.

When
a scripted love triangle between Harmony, David, and Elliot becomes a
real life love triangle, Harmony must make a difficult decision. .
She hoped to find her wavering faith, she didn't count on finding
love as well. If that was her only obstacle, the role would be a
breeze. Unfortunately, there’s an on-set spy intent on causing
drama. Can Harmony see through all the lies and secrets to the truth
in her heart, or will she end up falling for the wrong man?

What can we expect from you in the future?
I write so many different genres, sometimes I feel like I’m all over the place. I finished a YA paranormal romance. I also am working on an adult romance set after a terrorist attack. I have plans for some historical fiction too. It’s hard for me to pick what to work on next because I have so many ideas. I also have future adventures planned for the Out Of Character group.
Do you have any “side stories” about the characters?
Definitely. The story takes place after Harmony loses a family member, so there’s so much back story on what her life was like before the family member’s death. Elliot was a child actor who turned into an adult actor. There’s side stories there. David was a model who has been hiding his faith to get secular roles. He comes on strong in the main action of the story because this is the first role where he can really be himself. Katie was the commercial queen for a long time and super ambitious. She’s a schemer. There’s also how they adjust to being off the show once filming stops.

Do you write one book at a time or do you have several going at a time?
I always have a million different ideas.  I try to finish one manuscript before starting the next one.

Harmony
Two Years Ago
“So which did you like best?” I ask Patrick as we drive home from college tours. “We probably saw the music and drama departments of every state school this side of the Pacific Ocean. Did any stand out or are you going to let them fight over you some more before officially deciding?”
“Which did you like best?” Patrick asks. His text message alert goes off, but he ignores it. He is always such a careful driver. Mom never worries about us when Patrick is driving. “The most entertaining thing about today was their spiels. I mean, come on, do people actually fall for those sales pitches? ‘You’ve seen the rest, now see the best.’ Who writes this stuff?”
“Really desperate recruiting guys?” I take off my wedge sandals and prop my feet on top of the glove box. That’s the last time I wear new shoes when we’re walking about a million miles. “It’s your fault for being such a catch. Everyone wants the teen violin virtuoso. I’m just window dressing. These places will take me if it means getting to you.”
“You are not riding on my coattails. You’re a fab actress.”
“If I’m so fab, how come I never get any of the parts I audition for?” I rub at an angry red blister on the back of my heel. “I can’t even get a commercial. Remember that Bright Smile toothpaste audition?”
Patrick shrugs. “So you threw up in the trash can after you brushed with it. Big deal. It’s their fault for making such a nasty tasting product. I say you’re doing the toothpaste buying public a favor by exposing the sordid underbelly of Bright Smile.”
“Sordid underbelly?” I laugh. “I’m cutting you off the next time there’s a Mobster Confessions marathon.”
“I could say the same with you and 1700s Life.” Patrick swats at my feet when we stop at a light to get me to move them. I do so… grudgingly. “Between you and Mom that show is on a 24/7 loop. Why don’t you send in an audition tape already? Mom would pee her pants with glee if you land a role on her favorite TV show.”
I shake my head. “They wouldn’t want me. I’m not good enough.”
“What are you talking about?” Patrick scrunches up his face. “They’d be crazy not to want you. You’re going to be famous someday. You’re going to be famous, and I can say I knew you when.”
“Yeah, you knew me when I was headlining at the local dinner theater. Coming to a stage and table near you — Harmony Jones!”
“You’ll make it. You’re too good not to.”
“In LA, it doesn’t matter if you’re good or not. Talent doesn’t matter. Not really. It’s all about who you know and what you’re willing to do to get ahead of every other good, talented actress out there.”
“So jaded for someone so young. What about those open casting call deals?”
I roll my eyes at the thought. “Cattle calls? Please. I’d rather not hang around in some hotel conference room all day just to be told no.”
“It only takes one yes,” Patrick reminds me. “I’m telling you, send in a tape to 1700s Life.”
I shake my head again. “I told you, they wouldn’t want me. I’m a nobody.”
“Every somebody starts out as a nobody, Harmony.”
“Yeah, I know.” I lean forward and fiddle around with the radio dial to try to hide the fact I really, really want to be on 1700s Life but, at the same time, I really, really don’t think I have a shot. The producers always make a big show over asking for auditions tapes from all over, but when it comes down to it, the casting director goes for experience over raw talent. It happens every time. They ask for tapes, I think about sending one in, I don’t want to be rejected, so I watch other people season after season on 1700s Life instead of being on it myself. I even went so far as to make an audition tape after my crazy popular run as Abigal Williams in our high school production of Arthur Miller’s The Crucible but chickened out and never sent it in. In drama club, I’m a big fish in a small pond. No matter how much I want to be a real actress on a real show, I don’t know if I’m ready to be a small fish in a big pond. 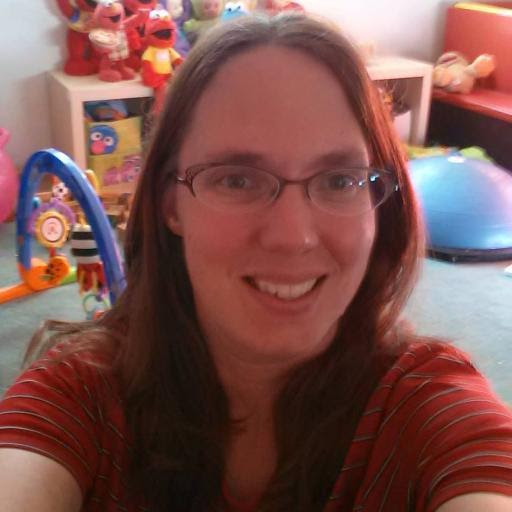 MOLLY
ZENK was born in Minnesota, grew up in Florida, lived briefly in
Tennessee before finally settling in Colorado. She graduated from
Flagler College in St. Augustine, FL with degrees in Secondary
Education, English, and Creative Writing. She is married to a
Mathmatician/Software Engineer who complains about there not being
enough "math" or info about him in her author bio. They
live in Arvada, CO with their young daughters, 1 dog, and 1 cat.