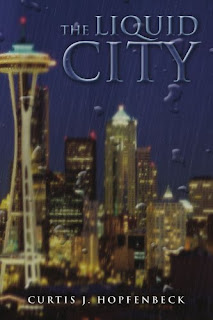 Shadoe Kilbourne is the consummate intellectual assassin, with an impressive arsenal of both wit and weaponry at his disposal. As Seattle's most successful nightclub owner and restaurateur, he is also a man of great  resource, humor and humanity. His lethal charms and deadly ideologies are a devastating double-edged sword; brandished at will to put the bad guys in their place and get the good girls back to his. Driven by vengeance, derived from a painful and poignant past we can only speculate on, his ties to the highest echelon and lowest corridors of humanity also make him the perfect middleman for those who seek to solicit his fervor and favor in the hunt for his brand of justice, both inside and outside of the law.


Anyway, I liked the main character, Shadoe Kilbourne. He is seriously humorous, down to business, stern, doesn't have time to take or listen to red tape.
I loved that this book was cutting edge, fun, fast paced, always made you wonder what was to come. I always try (as I think I can safely assume that a lot of people do) figure out the book/ending before I get to the point of the book where it is explained. I tried to figure out where the book was heading and I did pretty well :) no, i wont give any of the book away...you must read this great book to find out:) But I failed when I tried to figure out where the end of the book was going and where Kilbourne was heading. Most of what happened in this book I could see actually happening. Except that at times it got a little but too "that only happens in movie/books" for me at times, especially in the middle of the book. It seemed a little too men in black for me. I guess that's the down side to reading a book based on where you are from, you become...perhaps a little too critical.
I could see this being turned into a movie and I would see it if it ever was, as long as they stuck to the book for the majority of it and didn't wander off too much or create too many rabbit trails off of the book. I think I would mainly want to see Shadoe's character and who represents him in the movie...
Anyway.....would I recommend this read.....I would:) I have been on a good streak so far I think with being able to review books I would recommend.
I enjoyed the cover, But the picture isn't in focus and I'm not sure what the author was trying to get across with that. Good title, obviously, it is the rainy city.
I am looking forward to more of Curtis J Hopfenbeck books...:) And if they are based in Washington/Seattle I will try not to be overly critical ;)

I received this book for review from Media Guests
Thank you Michelle for allowing me to be part of this blog tour and my apologies for the lateness.
Posted by Elisha German at 3:27 PM

I don't know if it's the crappy-ass week/day I'm having or just being honest with myself...my review seems half ass'd. I'm very tempted to re-write it. After reading it again I'm not happy with it.