** For Mature Audiences Only** 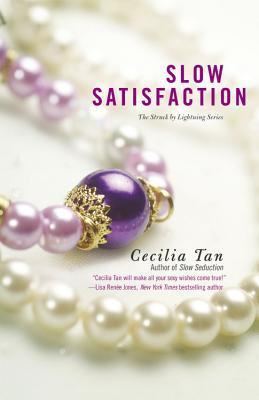 James has finally pushed Karina beyond her limit--not her limit for kinky sex play, but for his extreme secrecy. She has had enough and breaks things off. But James won't give up on Karina and will do whatever it takes to get her back. He's ready to share his deepest, darkest secrets, but is Karina ready to hear them?

James offers Karina not only the truth but a place at his side... onstage. He wants Karina to star in his final musical production and enter his life and his world fully and completely. As the two work together, they rekindle the trust and love they'd lost. But James's world is full of deceit. When he is blackmailed by an unscrupulous music industry executive, James must give in to unreasonable demands or risk exposure of his and Karina's secret sex life.

Will Karina and James's love be strong enough to withstand the many obstacles being thrown their way?

Karina continues to give herself space from James because all of this secrecy; especially towards her. She feels he knows everything about her and can ask her anything, she is an open book. Yet he is the exact opposite.
I don't blame her. I liked the stance she took for sure. Although they eventually came to an odd and slightly humorous agreement on how to get him to open up and answer all her questions: each time after they are intimate, she asks questions and he answers.
I do like how their relationship blossomed throughout the entire series. I didn't care for some of the words used or his slapping towards the end of the book. And, I was confused how it blossomed into being in love when it didn't seem they spent the time together intimately (not sexual intimacy) to know each other so well to begin falling in love with the person.
I liked that James challenged Karina, in a good way. He brought her just out of her comfort zone, or completely out at times, and she rose to the challenge. I also appreciated the fact that James never demeaned Karina sexually or as a person. In addition, if she didn't want to do something, he did not push her or guilt her into whatever it was.
Also, they never quite seemed to have the typical cliche "master/dom and/or servant/slave" relationship that is so popularized in the BDSM lifestyle. She did "obey" him but she didn't get a mean or severe punishment where she feared him and simply obeyed out of fear.
All in all, I really liked this series and was sad to hear there was not a fourth. Although, the author ended the series well with no real big loose ends.

I do recommend this book/series, to mature audiences only.

I received this book for review from the author.

Posted by Elisha German at 8:30 PM