For Love of Livvy by J. M. Griffin Book Blast!

This post is part of a virtual book tour organized by Goddess Fish Promotions. The author will be awarding winner's choice of an eBook from Lachesis Publishing to a randomly drawn winner via rafflecopter during the tour. Please click the banner to see a list of other stops on the tour.

NOTE: THIS BOOK IS AVAILABLE FREE EVERYWHERE IT'S SOLD! Why not pick up your copy today?

After her favorite aunt is found dead and an alarming box is mysteriously left on the doorstep of her aunt’s house now legally hers, Lavinia Esposito wants explanations. But, having cleared the package of explosives, the local cops are dumbounded by the precious stones which came without an explanation, just an address─her Aunt Livvy’s. Frustrated by the cops’ refusal to share their theories, criminal justice instructor Lavinia Esposito, a.k.a. Vinnie, takes investigation matters into her own hands. Vinnie is soon dragged into situations beyond her control, finding herself in hot water with the law, the crooks, and her Italian father. Willing to put her life at risk to find out what really happened to her beloved Aunt Livvy, and why jewels would be addressed to her aunt, Vinnie plunges ahead with her usual tenacity, bravery, and keen wits to solve and survive this mystery.

The trooper turned to leave and I stepped forward.

“Uh, I’d like to know what’s in the box, if it’s not too much to ask.” My hand snuck up to my hip as my cocky Italian attitude slid into place.

Tall and Curious stiffened at my tone and turned to stare at me. It seemed he wasn’t used to being spoken to in this manner, which wasn’t any big surprise. Women tend to respond differently to men in uniform, especially a man such as this luscious creature. Well, not this chick.

I teach guys like him all year long and the “I’m so wonderful” thing gets old fast.

“I’ll be sure to let you know, Miss Esposito. If we have any questions, you’ll hear from us right away.”

I gawked a moment and my eyes narrowed. His opened wide in contrast and he waited, his body tense. Maybe he thought I’d pitch myself off the steps onto his perfectly toned frame and pummel the daylights out of him or something. It was a thought, but I really wanted to know what was in the package. Besides, his muscles were bigger than mine.

In an effort to change tactics rather than be handcuffed and dragged off to jail, I smiled and spoke in as nice a manner as I could muster.

“I’d appreciate any information you could give me officer, since the package was left in such an alarming way. Should I call headquarters tomorrow?”

His look narrowed. I suspected he was unsure of where this was headed. There was a moment’s hesitation before he answered the question.

“Sure, that would be a good idea.” He gave a nod of the stiff brimmed campaign hat that covered cropped brown hair.

“All right then. I’ll call the colonel first thing.” My voice remained light and sweet, and the smile was charming, at least I hoped it was.

The colonel runs a strict police force and is a tough disciplinarian with an intense dislike for any impropriety, implied or otherwise. I’d gleaned that much from the cops in my criminal justice classes.

A tight lipped smile crossed his face. I figured he couldn’t decide whether I really knew the colonel or if this was a ploy. To be truthful, I lied by omission. I hadn’t said I knew the colonel, I just said I’d give him a call.

“That won’t be necessary ma’am. As soon as there’s any information, I’ll get in touch with you.” With a nod of his head, he turned and left. 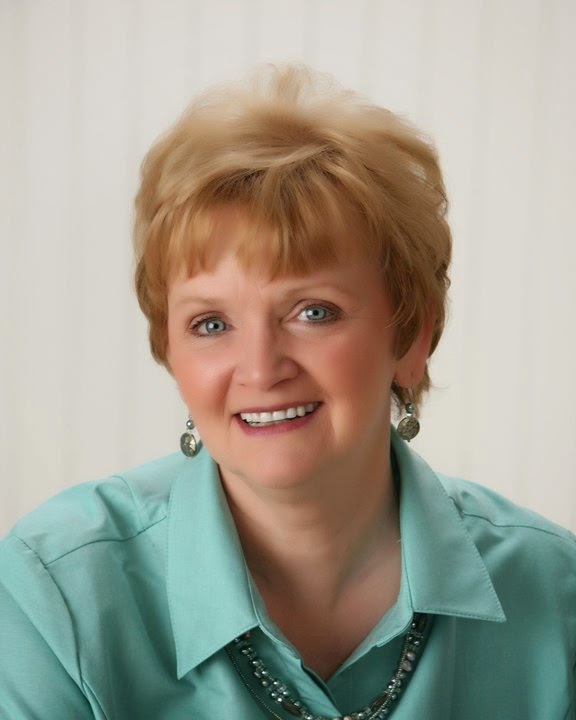 J. M. Griffin is a student of the human condition, wielding the written craft to stimulate the imagination much like she wields her paint brush. The pages are a blank canvas on which J.M. draws vivid characters. J.M. is the author of the popular Vinnie Esposito mystery series featuring the sexy sleuth Vinnie Esposito and the engaging Deadly Bakery mystery series featuring the sassy baker/sleuth Melina Cameron. J.M. lives in rural Rhode Island, a state she considers colorful and interesting.

a Rafflecopter giveaway
Posted by Elisha German at 12:50 AM