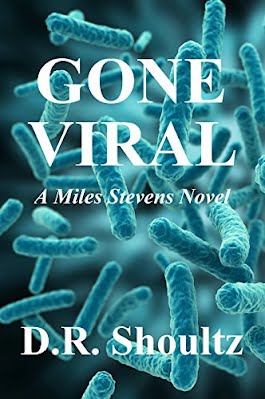 It has been months since Miles Stevens, a time traveling CIA agent for the Department of Historic Intervention (DHI), has seen his former partner, Terri King.

Upon returning from his most recent assignment, Miles learns Terri and her new partner, Dr. James Brock, have been transported from 2050 and their offices in Langley, Virginia to thwart a bioterrorist assault on the 2032 Olympic Games in Sydney. A genetically altered chimera virus was used in the devastating September 1st attack, resulting in tens of thousands of deaths. It was never determined who was responsible, but AQIA, a terrorist organization from North Africa, was suspected.

Miles demands to join Terri and is transported to August 18, 2032. Terri is surprisingly cool to Miles’ return, having decided a life with a risk-taking CIA agent may be too stressful. Not giving up on their relationship, Miles gives her time and space.

The strong-willed Brock attempts to lead the investigation from Atlanta and win the support of Terri, but Miles has other plans. He follows his instincts to investigate a reported smallpox outbreak near Moscow, where clues mount and peril rapidly surrounds him.

Death, danger, and diversions lie ahead. Terri is torn between supporting Brock and following Miles to Moscow. With time running out, the CIA trio will need to come together if they are to stop the historic September 1st attack.

Other Books in the Miles Stevens Series:

Years of unsuccessful nuclear arms negotiations in the Middle East had finally resulted in warring countries facing off with unthinkable destructive powers. Regional flare-ups had escalated and geopolitical dominoes had tumbled, finally leading to a horrific 48-hour interchange that erased cities and forever changed the region and the world.

The war was already in the history books when Miles Stevens and Terri King were sent 23 years into the past to relive a botched CIA mission -- a mission intended to prevent the 2027 Middle East War. They landed at O'Hare International Airport with no memory of who they were, who they left behind, or why they were there. Their memories were gradually restored by their CIA superiors as they orchestrate Miles and Terri's mission from their Pentagon offices in the year 2050.

Iranian subversives, acting alone, intent on fueling the war's progress, had been alerted to the couple's arrival, putting them in danger the second they landed in Chicago. In the coming months, Miles and Terri faced the challenge of daily survival, the challenge of intercepting the events leading to the war, and the challenge of what to do with their growing love that was two decades before its time.

Coordinated cyberattacks were launched against the U.S. on May 8, 2020, destroying vast electrical grids of its largest cities, sending them into darkness and chaos. In the weeks and months that followed, thousands of citizens perished, the American economy collapsed, and gang law ruled. The source of these attacks remained a mystery.

Miles Stevens, a time traveling CIA agent with the Department of Historic Intervention (DHI), ended his last mission stranded in 2028, never knowing if his partner, Terri King, made it safely home to 2050. Before returning to learn Terri’s fate, Miles is given another DHI assignment--travel back to 2020, join the newly formed Cyber One counterterrorism team, and avert the May 8th cyberattacks.

From Cyber One headquarters in Fort Meade, Maryland, Miles and his team pursue the cyberterrorists to remote outposts in Russia and the Middle East. With the May 8th deadline looming, Miles Stevens once again races against time to alter history. 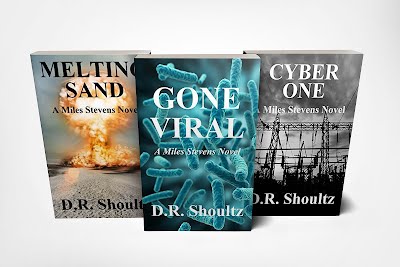 BODY AND MIND DETACH during journeys across time.

Einstein was the first to theorize such travel was possible, but it took more than 100 years after his death to put his theory into practice.   Elaborate technologies were developed to convert mass into protons for the time-altering voyage, and then upon arrival, convert them back to their original form.

Protons can’t think, yet Miles Stevens firmly believed he had thoughts, or maybe dreams, during his trips from one decade to the next.  Returning from his most recent mission, his vision of Terri King was vivid.  He anticipated her greeting, arms extended, smile bright.

Without his body to limit what his mind imagined, everything seemed possible. Miles wondered what it would be like to be suspended indefinitely passing through time.  He concluded the thoughts were euphoric, but thinking wasn’t as satisfying as doing.

Hope sustained Miles during his last mission: hope that Terri was safe and hope that they’d be reunited.  The desperate look on Terri’s face as she was forced into the time capsule had never left Miles’ mind.  Left alone two decades in the past, he could do nothing to save her.  But Miles’ wait was nearly over.  He was about to learn if Terri had made it home to 2050.

MILES HEARD THE DOORS of the time capsule snap open and felt the rush of fresh air filling the cabin.  He squinted as his eyes adjusted to the florescent light of the reentry room.

He could see Dr. Jones, standing stone-faced outside the capsule door.  Miles scanned the open space before him, but there was no sign of Terri.

It had been nearly a year since Miles had seen his former partner. 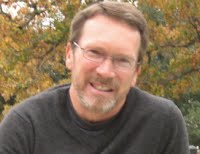 A dog lover, blogger and author of several novels, D.R. (Donn) Shoultz hails from a small town in central Illinois. He and his wife Claudia have called North Carolina home for more than 20 years. Donn writes at their mountain retreat off the Blue Ridge Parkway where Claudia shares her editorial experience in shaping his novels, and where they both enjoy hiking nearby wooded trails with their dog, Milo.

Donn turned his focus to writing in the fall of 2010 following a 32-year career in corporate America that took him around the world. His ongoing writing projects include posting regular thoughts to his blog, submitting short stories to competition, and working on his next novel.  Having recently finished the third book in the Miles Stevens series, GONE VIRAL, Donn has begun a murder mystery set in the foothills of North Carolina.

Donn’s short stories have received recognition in national writing competitions. Blending captivating characters with suspenseful plots, Donn strives to appeal to a broad range of readers. His books include:

You can find Donn's books on Amazon and Goodreads, or go to drshoultz.com to learn more about his writing.