#Giveaway The Pretender by Katie Ward 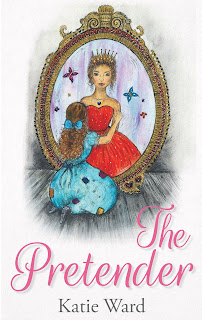 France 2000: Two babies are born on the same day just two hours apart - but to very different lives. Isabella is a Princess and heir to the French throne, while Sophia is born into a life of poverty and abuse at the hands of her father. At the age of 18, Sophia runs away from home. That same night, Isabella is also fleeing from the burden of her royal life when she finds Sophia slumped at the palace gates. Amazed by how alike they look, Isabella proposes a daring plot - to exchange their lives for one week.
‘The Pretender’ is an emotionally intense and compelling story of friendship, love and the strange power of destiny. 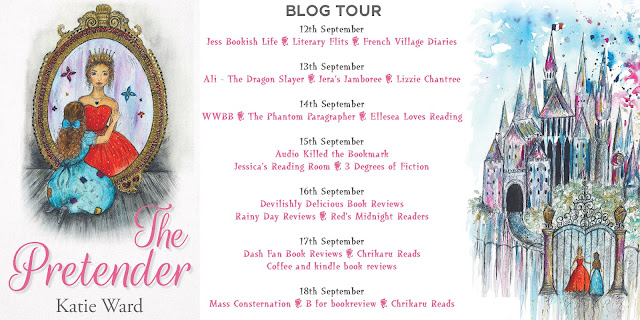 Author Bio
Katie Ward always knew she wanted to write for a living. However, she was told by her careers advisor that “it might be more appropriate for you to work in a shop”. When Katie didn’t get the grades she needed to get into college, she negotiated a three month trial. After successfully completing the course she secured a place at her first choice university to study Journalism.
After realising she wanted to be an author, Katie moved to Dublin where she worked her way up from receptionist to Executive Assistant at Merrill Lynch. Katie continued to write in her spare time, submitting her short story into the “Do the Write Thing” competition being run by Irish TV show ‘Seoige and O’Shea’. This story was originally written when Katie was 14 after she was inspired by an article in her favourite teen magazine. Katie was the only non-Irish author selected to have her story published in an anthology of the same name which reached 19 in the Irish Best sellers List. Katie was also shortlisted for a competition judged by MAN Booker Prize winning author Roddy Doyle which was run by Metro Eireann newspaper.
Katie currently lives in Devon with her cat (aka ‘Her Royal Fluffiness’) where she sings in a community choir and has recently taken up Archery. Katie’s favourite author has been Roald Dahl since she was a child as she loves the dark edge he brings to his books. On the flip side though, Katie loves Disney, magic, unicorns and a good rom com film at the cinema with her friends.
Twitter - https://twitter.com/KatieWWriter
Facebook - https://www.facebook.com/KatieWWriter
Website - https://katiewardwriter.com/ 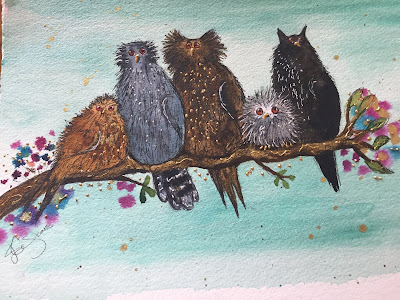 Giveaway – Win a signed original illustration from Emma Haines (Open Internationally)
*Terms and Conditions –Worldwide entries welcome.  Please enter using the Rafflecopter box below.  The winner will be selected at random via Rafflecopter from all valid entries and will be notified by Twitter and/or email. If no response is received within 7 days then I reserve the right to select an alternative winner. Open to all entrants aged 18 or over.  Any personal data given as part of the competition entry is used for this purpose only and will not be shared with third parties, with the exception of the winners’ information. This will passed to the giveaway organiser and used only for fulfilment of the prize, after which time I will delete the data.  I am not responsible for despatch or delivery of the prize.
a Rafflecopter giveaway
Posted by Elisha German at 5:00 AM