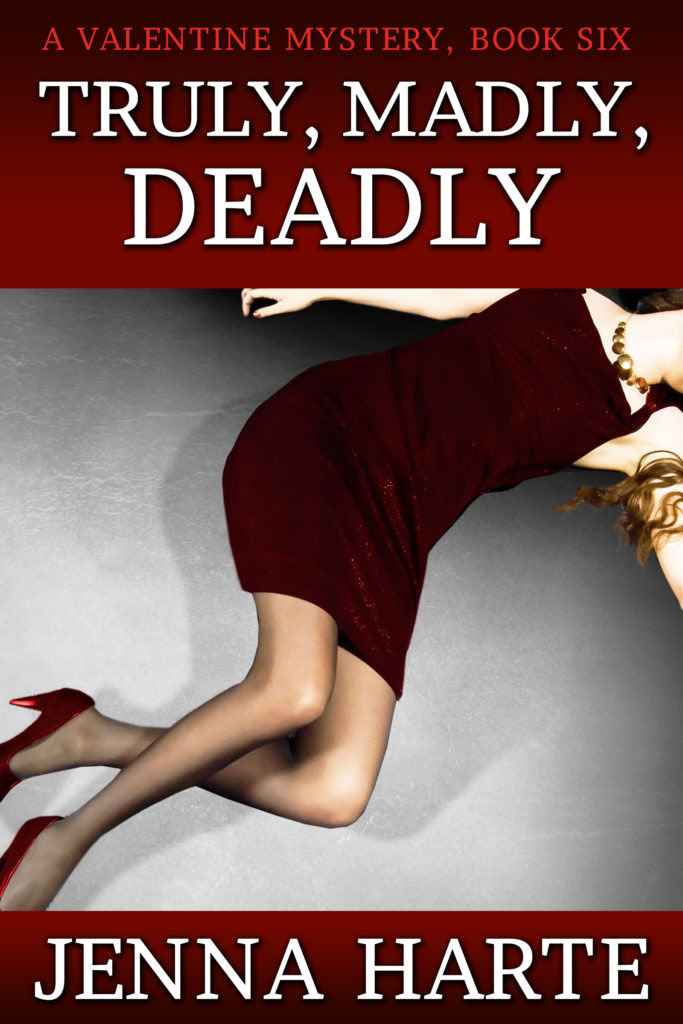 About TRULY, MADLY, DEADLY (Valentine Mysteries #1)
Tess Valentine's only goals for her trip to her home city of San Francisco are to legally take over her trust and to show her sexy husband, Jack Valentine, the sights of the city. She certainly has no plans of visiting her parents, who have resented her since her grandfather gave her the trust money her parents thought should go to them. When her parents invite her to dinner, Tess reluctantly agrees, despite her concerns that her parents may once again resort to unscrupulous tactics to try and take her trust. The last thing she expects on her visit is for her father to be arrested for the murder of his mistress.

Tess has no intention of helping her father despite her mother's pleas. But when her cousin, the lawyer Tess' father hires to represent him and the one family member who'd ever been nice to Tess, asks for Tess' help in the case, she agrees to investigate. Turns out several people could have wanted her father's mistress dead, including the victim's sister, a disgruntled employee, and even Tess' mother, who is all of a sudden very cozy with Tess' trust lawyer. But as Tess and Jack get closer to the truth, a murderer's obsession is prepared to stop them.

Want to catch up? Pick up the first three books in one boxset! 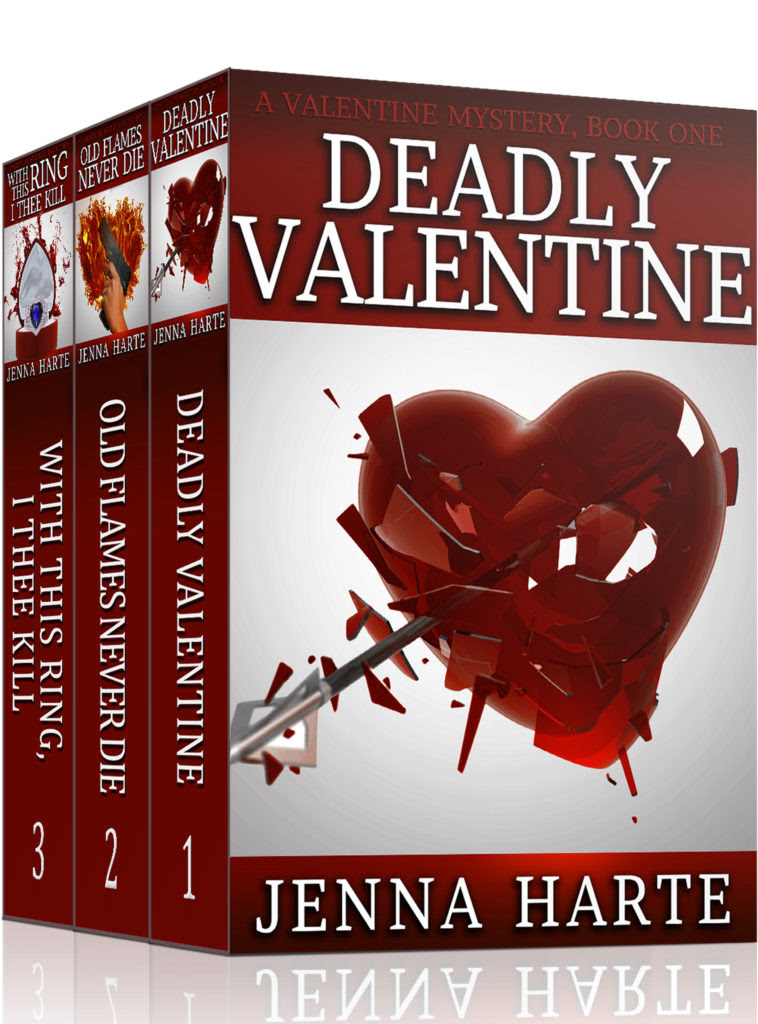 About The Valentine Mysteries Series

Jenna Harte is a die-hard romantic, writing about characters who are passionate about and committed to each other, and frequently getting into trouble.  She is the author of the Valentine Mysteries, the first of which, Deadly Valentine, reached the quarter-finals in Amazon's Breakthrough Novel Award in 2013. She's also the author of the Southern Heat contemporary romance series, and recently sold a three-book deal of a new cozy mystery series involving coupons, fairy tales and airplane repos. The first book in that series, Death of a Debtor, is due in February 2019. She's a member of the Virginia Writers Club and Sisters In Crime.
When she's not telling stories, she works by day as a freelance writer, author, and online entrepreneur. She speaks and teaches adult education courses on publishing, writing, and author platform building. She's an empty nester living in central Virginia with her husband and a fat cat. Get free ebooks, updates on Jenna's work, and more at her website: http://www.jennaharte.com.
Connect with Jenna Harte
✦ Website & Newsletter http://jennaharte.com/
✦ Facebook https://www.facebook.com/jennaharteauthor
✦ Twitter https://twitter.com/jenna_harte
✦ Instagram https://www.instagram.com/jennaharteauthor/


Excerpt:
She sauntered to the bed, giving him a come hither look over her shoulder. He followed her, moving quickly as he didn’t want to wait one more minute to touch her again.

He drew back, a thrilling mixture of excitement shooting through his body at her order. She lifted one brow when he didn’t move.

“Yes, ma’am.” He sat on the edge of the bed. She moved to him, maneuvering between his knees. She smiled coyly and then dropped to her knees, her hands resting on his thighs

. A groan rumbled from deep within his chest at the sight of her.

He swallowed hard, his body responding in anticipation of what she would do. “I might.”

“Tess.” He rested his hand on her cheek, his touch and words sounding desperate.

She smiled knowingly. “I want to take my time.”

He let out an expletive.