After Always by Barbara J. Hancock 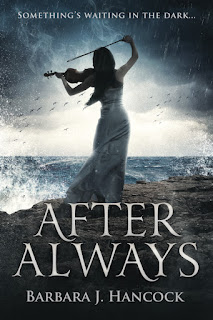 Lydia Li’s life ended when Tristan died. At least, that’s how it felt. Sure, they had problems and he could be a little…intense…at times, but he’d loved her. He was the Romeo to her Juliet… And now he was gone.

When her parents get her to agree to a summer across the country with a music teacher who runs an inn, Lydia agrees. But it’s different than what she expected. There’s something else there. Something that feels a lot like Tristan. But that’s impossible, right?

Then there’s Michael Malone, the quiet guy who’s Tristan’s opposite in every way. And Lydia can’t help but be drawn to him…and whatever the house is hiding.
Add to Goodreads

Purchase links can be found here: https://entangledpublishing.com/after-always.html
About the Author

Barbara J. Hancock lives in a cabin in the foothills of the Blue Ridge Mountains with her many rescued pets and the guy who lured her into the wilderness with promises of lots of peace and quiet for writing. To this day, the Appalachian wildwood is the best gift she’s ever been given. Her favorite pastime (besides animal rescue) is bringing darkly romantic stories to life by firefly light.


Now that my bags were on the floor, I noticed his tool belt—a leather contraption with various gadgets held in loops and pockets on either side. It hung low on his lean hips and you could tell immediately which tools he used the most from the scuff marks around them. There was something about its usefulness and the worn quality of the leather that was appealing. Where had he come by his expertise? I hadn’t been wrong about his age. I was seventeen. He was probably not much older.
Then, I felt guilty for wondering.
My stomach plummeted to my shoes.
Tristan would have…he would have…I suddenly didn’t know what Tristan would have thought of Michael Malone and that was somehow a horrible thing. Almost as if not knowing how Tristan would have felt made it impossible for me to feel.
To make matters worse, Michael’s T-shirt didn’t meet the waistband of his jeans because of the weight of his tool belt. I caught a glimpse of tanned, bare skin, and my heart stuttered again. Summer had just begun. How had he gotten a tanned stomach so early in the season? It didn’t matter. My heart collapsed back in on itself until it was as compressed and tight as it had been before.
As I stood frozen like his appeal was headlights and I was the deer, Michael absent-mindedly reached to pull something from the back pocket of his jeans. It was one of those multi-tools that could morph into dozens of handy gadgets. He flipped the tool this way and that in his right hand. It was obviously a nervous habit. As if standing too long in one place talking instead of working on something made him nervous.
“Thank you,” I said, my voice scratchy and hoarse and just this side of squeaking.
Michael seemed to notice the multi-tool in his hand. He flipped it back into its folded shape and returned it to the pocket it had come from. He nodded to acknowledge my thanks before he turned, but as he did I noticed a glint of what was definitely appreciation in his shadowed eyes. Maybe he liked black-haired, travel-worn girls with gray eyes, red noses, and hard gravel hearts the size of a pea. The tool in his back pocket had left its shape on his worn jeans. 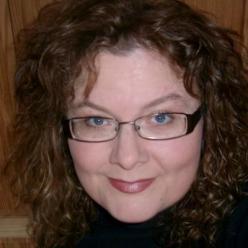 Blog Tour Organized by:
YA Bound Book Tours
Posted by Elisha German at 3:00 AM