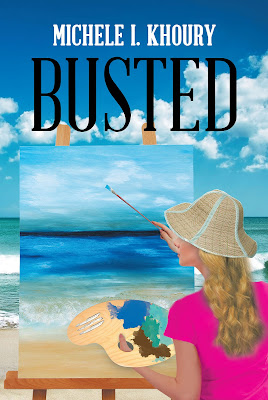 Back Cover Blurb: Three people collide over cocaine Impacted by the recession, twenty-four-year-old artist Gina McKenna is down to her last few dollars and days away from living in her car when a successful businessman buys a painting and commissions another. As their relationship evolves, she's seduced by his charm and mesmerized by his luxurious lifestyle until she discovers he's a drug kingpin. As her world turns upside down, she struggles to survive vicious brutality.  Miguel Lopez is a cocaine supplier with a weightlifter's physique and 'the rules do not apply to me' attitude. Maniacal and ruthless, he has no qualms about killing anyone who interferes with his distribution network, including Gina.  Dedicated to eradicating illegal drugs, DEA Special Agent Bobby Garcia spent months and hundreds of thousands of dollars working undercover to buy his way up a dealer chain to identify the moneyman. When his fourteen-year-old daughter overdoses on cocaine, he traces the blow to Lopez. As Bobby's mission becomes personal, he makes emotional decisions, which negatively impact civilians and his job. Unable to let go, he risks his career to orchestrate the biggest drug sting in Southern California. What happens isn't what he expected. When a deputy district attorney meets Gina at a party, he is smitten. As his attraction grows, so does Gina's involvement with the DEA's case, of which he is the designated prosecutor. Mindful of his professional ethics, he tries to stifle his feelings.
Sex and violence permeate the twists and turns of this cautionary tale about choosing one's friends well.

Author bio: Michele I. Khoury, an award-winning entrepreneur in the technology industry, lives in Orange County, California with her husband and two rescued dogs, Bubbles and Thriller. While attending the University of California Irvine's Beginning, Intermediate, and Advanced Novel Writing program, she created “Busted.”

Ten years ago I took a Beginning, Intermediate, and Advanced Writing Course from the University of California at Irvine’s Extension Program. One of the first assignments was to plot a novel. While driving home from class, the idea for Busted came to me.  The following week I presented my outline, and my professor said, “This is fascinating. You have to write this book.”

The problem: I knew nothing about drugs, including cocaine. 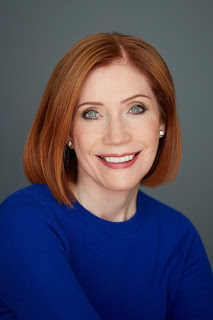 So I interviewed a DEA agent, a Lt. in Narcotics, a CIA agent, two artists, several party animals, a prosecutor, a defense attorney, a Superior Court Judge, and an ER Doctor. Many scenes include their experiences.

I also did a ton of research, which I included when appropriate. For example, an article in the Los Angeles Times reflected a similar situation in the airplane scene.

I met Orange County Sheriff Hutchens, and she arranged a jail tour. I’d interviewed two women who’d spent time in jail, and I was skeptical of their reports until I witnessed the guards’ brutality. I was shocked.

One of the most memorable people I spoke with was a “gentleman” who’d sold cocaine throughout the Southwest for Pablo Escobar in the late 90’s. After being caught, convicted, and serving time, he runs a halfway house for individuals transitioning into society. What makes him noteworthy is his theory about how drugs came to the U.S., and who the "real" drug dealers and suppliers are. For his explanation, please see my blog: https://wp.me/p8zpso-7H.

Creating Busted was a labor of love. I hope you like reading it as much as I enjoyed writing it.