**Giveaway** Women of History by Laurel A. Rockefeller **Guest Post** 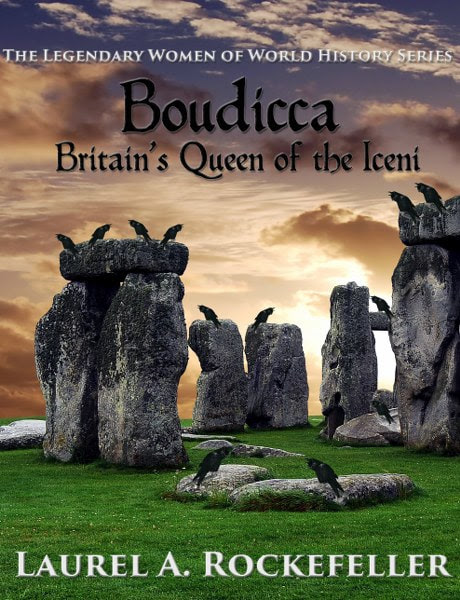 Boudicca: Britain's
Queen of the Iceni
The
Legendary Women of World History Book 1
by
Laurel A. Rockefeller

Why
is The Morrígan's raven crying? Only Britons with hearts for true
liberty know!


In
43 CE Roman conquest of Britannia seems all but certain -- until a
chance meeting between King Prasutagus of the Iceni and a runaway
slave of royal decent from the Aedui tribe in Gaul changes the fate
of the British islands forever.


Rise
up for liberty with the true story of Boudicca: Britain's Queen of
the Iceni and discover one of the most inspiring stories in
history! 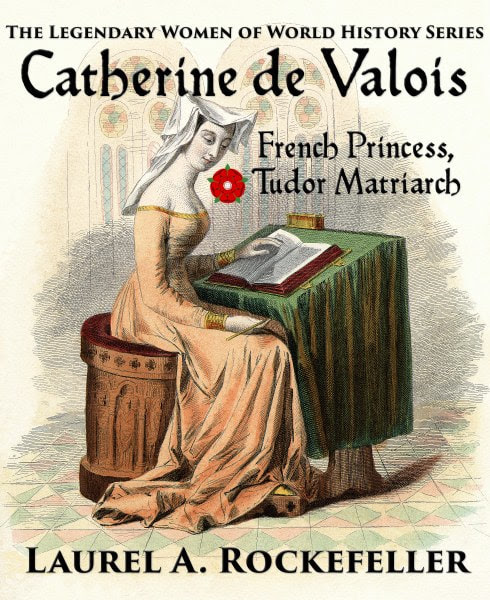 War
made her queen of England. Her love for a Welshman made her
immortal.


Best
known as Henry V's Agincourt bride from Shakespeare's "Henry V,"
Catherine de Valois was an extraordinary woman of faith, courage, and
conviction in an age of politically powerful women.


A
younger daughter to King Charles VI of France terrorized by his
mental illness, Princess Catherine survived the ravages of his
schizophrenia, a civil war at home, and King Henry's war with France
to become one of Renaissance England's most fascinating and
courageous queens. 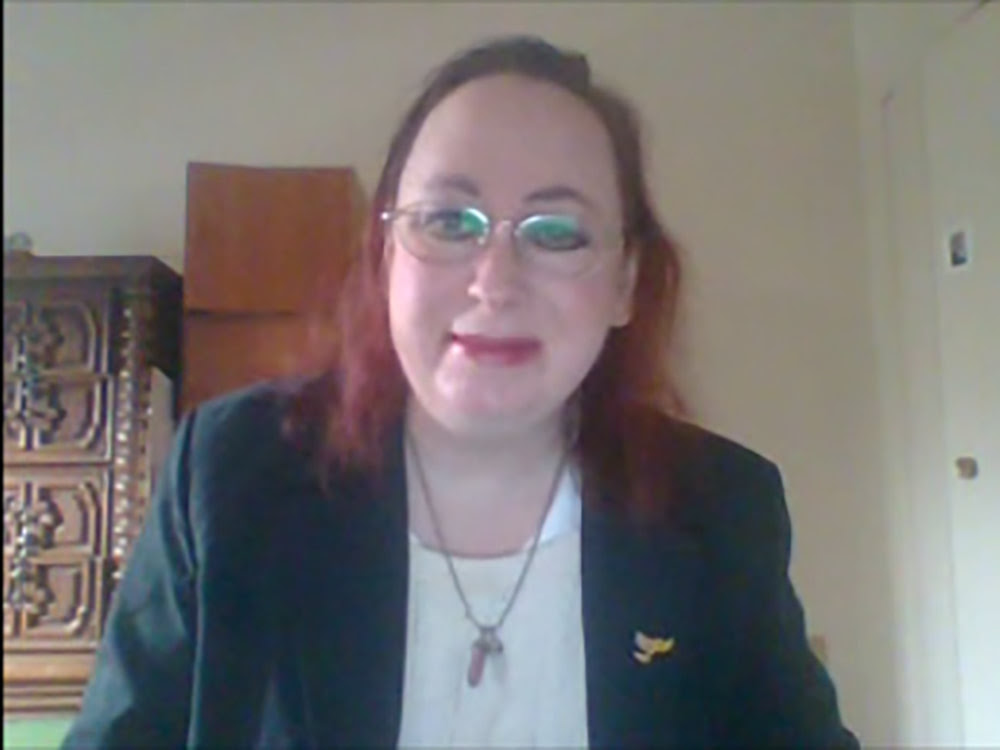 Born,
raised, and educated in Lincoln, Nebraska USA Laurel A. Rockefeller
is author of over twenty books published and self-published since
August, 2012 and in languages ranging from Welsh to Spanish to
Chinese and everything in between. A dedicated scholar and
biographical historian, Ms. Rockefeller is passionate about education
and improving history literacy worldwide.


With
her lyrical writing style, Laurel's books are as beautiful to read as
they are informative.


In
her spare time, Laurel enjoys spending time with her cockatiels,
attending living history activities, travelling to historic places in
both the United States and United Kingdom, and watching classic
motion pictures and classic television series.


Ten Facts about the Legendary Women of World History You Probably Did Not Know
By Laurel A. Rockefeller

1.      Catherine de Valois was a few days shy of her fourteenth birthday when King Henry V of England defeated her father at the Battle of Agincourt.
Shakespeare makes her appear much older at the time in large part because in the play, the Treaty of Troyes appears to happen very soon after Agincourt.  In truth there is a 4 ½ year gap between those two events during which Catherine grows up –and grows up hating King Henry. When she finally marries him on 2 June 1420 she is 18 ½ years old and wise to the workings of royal courts.
2.      Queen Mary Stuart of Scotland was a battered wife.
Though she was queen sovereign of Scotland, the Church made the rules for marriage and divorce which she could not override.  Therefore, the only solution for Mary was to ally herself with enemies of Lord Darnley willing to murder him on her behalf. These allies ultimately proved untrustworthy and Mary eventually lost both her throne and later her head for it.
3.      Queen Elizabeth Tudor was a “virgin” in the sense that she never married.
The word “virgin” originally had nothing to do with vaginal sex, but meant “a free woman, one not betrothed, not bound to, not possessed by any man” (See https://professorwhatif.wordpress.com/2008/08/07/what-if-we-used-the-word-%E2%80%98virgin-in-accordance-with-its-original-meaning/). Therefore, a woman might be sexually active, yet still considered a virgin.
4.      Unlike her cousin Mary, Elizabeth refused to become the property of any man.
“I will have one mistress here and no master,” Queen Elizabeth famously replied to her Parliament in 1566 when her authority was challenged. Therefore, when we call Elizabeth Tudor “the Virgin Queen” what we actually mean is that she was sovereign in her own right, unconstrained by the men in both her personal and political life. Not even Queen Victoria had so much freedom.
5.      Empress Wu Zetian of China allowed a more or less free press during her reign.
In a time where criticizing the emperor was a crime punishable by death, Wu permitted her subjects a great deal of latitude to praise or criticize her as they desired. This allowed scholarship, culture, technology, and the arts to thrive under Wu’s reign. In addition, she abolished the traditional rule by the wealthy elites and replaced it with the Civil Service Exam system which was open to all men, regardless of wealth or class, empowering the poorest of the poor to earn their way into well-paying government jobs when aided by scholarships.  No wonder rich oligarchs hated her!
6.      Empress Matilda was pregnant when her father, King Henry I of England died.
Overlooked by most historians, Matilda was pregnant with her son William when her father died on 1 December 1135.
7.      Gwenllian ferch Gruffydd ap Cyan was related to Empress Matilda of England by marriage.
When Gwenllian married Gruffydd ap Rhys of Deheubarth in 1215 she became sister-in-law to Princess Nest ferch Rhys, one of King Henry of England’s many lovers. Nest gave birth to King Henry’s bastard son Henry Fitzhenry within weeks of Matilda’s own birth on 7 February 1102. This made Gwenllian sister-in-law to the mother of one of Matilda’s many half-brothers.
8.      Under Welsh Law, Prince Henry Fitzhenry of Deheubarth was an heir to his father, King Henry I of England.
Welsh Common Law recognized the legitimacy of all children, regardless of their parents’ marital status at birth, as equal heirs to their parents. Had King Henry of England accepted Welsh inheritance rules, he could have easily named Henry Fitzhenry as heir to the English throne. In theory this could have prevented the nineteen year war between Stephen de Blois and Henry’s sole surviving legitimate child, Empress Matilda of England.
In practice, however, making the half-Welsh Henry Fitzhenry (grandson to King Rhys ap Tewdwr of Deheubarth and nephew by marriage to Gwenllian ferch Gruffydd) would have presented its own political problems. The Church in England fiercely opposed the Welsh legal system because it secularized many domains the Church controlled or attempted to control and provided greater civil liberties to women than the Church considered appropriate. Given the number of senior clergy members in the Witan (German: Witenagemot), it is therefore highly unlikely the Witan would have permitted any of Henry I’s many bastard children to assume the throne which is why Stephen de Blois and Empress Matilda of England were the only two viable candidates for the English throne.
9.      Hypatia of Alexandria was sixty at the time of her murder.
Though the film “Agora” depicts the events of Hypatia’s life happening close together, in reality they happened over a span of decades.  Hypatia was 30 when Theophilus became Patriarch of Alexandria, 36 when the Caesareum and the Temple of Serapis were destroyed by Theophilus and converted into churches, and 50 when her father died in 405. Orestes likewise did not convert to Christianity until after Hypatia’s 50th birthday. With her age adding to her reputation for wisdom, can it be any wonder Hypatia became Enemy Number One in the eyes of Alexandria’s most radical Christians?
10.  Hypatia’s murder ended Alexandria’s golden age.
Not surprisingly, Hypatia’s murder had a chilling effect on Alexandria’s intellectual community.  With its most precious institutions and books destroyed by Patriarchs Theophilus and Cyril and its surviving intellectuals fleeing the city for safer parts of the Eastern and Western Roman Empires, Alexandria became a tiny shadow of its former self under Christian control. In the end, Christian zealots won the immediate war but destroyed the city in the process.

One winner each week
will receive a sapling tree from the Arbor Day Foundation – trees
will vary depending on the winner's region – US only. There will
also be two random winners for a special mystery prize- drawn at
surprise moments during the tour!

Follow the tour HERE
to discover the other amazing Legendary Women of World History books
and enter the weekly giveaways!