For fans of television shows Black Mirror and Westworld, this compelling, mind-bending novel is a twisted look into the future, exploring how far we will go to remake ourselves into the perfect human specimen and what it means to be human at all. 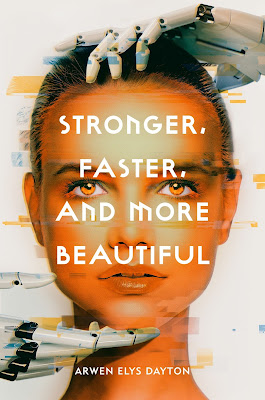 Set in our world, spanning the near to distant futures, Stronger, Faster, and More Beautiful is a novel made up of six interconnected stories that ask how far we will go to remake ourselves into the perfect human specimens, and how hard that will push the definition of "human."

This extraordinary work explores the amazing possibilities of genetic manipulation and life extension, as well as the ethical quandaries that will arise with these advances. The results range from the heavenly to the monstrous. Deeply thoughtful, poignant, horrifying, and action-packed, Arwen Elys Dayton's Stronger, Faster, and More Beautiful is groundbreaking in both form and substance.
PRAISE FOR STRONGER, FASTER, AND MORE BEAUTIFUL

“Stronger, Faster, and More Beautiful will send shivers down your spine.” —Teen Vogue

“Powerful, poignant, and action-packed, Stronger, Faster, and More Beautiful is an exciting sci-fi adventure firmly rooted in the realities of our present day that fans of Scott Westerfeld’s Uglies series will love.” —Bustle

★ “Compelling and terrifying, this volume is science fiction at its finest.”
—School Library Journal, Starred

★ “This speculative, thought-provoking novel will take readers on a frightening, remarkable journey through humanity’s past, present, and possible future.” —Booklist, Starred

“An alternately charming and horrifying exploration of what it means to be human and how far we’ll go in pursuit of personal and societal ‘perfection.’ Dayton’s newest is imagination at its best and most terrifying. I devoured this book.” —Kiersten White, New York Times bestselling author of And I Darken

“A work of unforgettable vision and imagination. This book is everything I love about science fiction.”
—Jay Kristoff, New York Times bestselling coauthor of the Illuminae Files

“Haunting, challenging and provocative—this is an extraordinary book. I can’t stop thinking about it.”
—Amie Kaufman, New York Times bestselling coauthor of the Illuminae Files

“A deep and suddenly necessary exploration of the beautiful and terrible futures we face.
Every story leaves you desperate for more.”
—Hank Green, #1 New York Times bestselling author of An Absolutely Remarkable Thing

“Stronger, Faster, and More Beautiful is a remarkable book, visionary and very hard to put down.”
—Kevin J. Anderson, New York Times bestselling author of The Dark Between the Stars

“Stronger, Faster, and More Beautiful—fast-paced, tightly plotted, and engaging from the first page—puts a human face on the prosperity or catastrophe that is waiting just around the corner.”
—David Friedberg, founder of Climate Corporation

“Arwen Elys Dayton explores the next era of humanity with astonishing heart.”
—Peter H. Diamandis, MD, founder of XPRIZE and Singularity University and author of the New York Times bestsellers Abundance and Bold 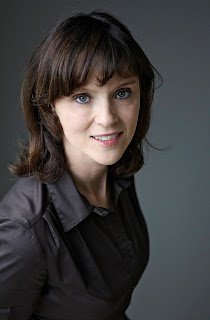 About Arwen:
ARWEN ELYS DAYTON is the author of the Seeker series—Seeker, Traveler, and Disruptor and the e-novella The Young Dread—and the science-fiction thriller Resurrection. Arwen lives with her husband and their three children on the West Coast of the United States. You can visit her at arwendayton.com and follow @arwenelysdayton on Twitter and Instagram.
Website | Twitter | Facebook | Goodreads | Instagram


Giveaway Details:
3 winners will receive finished copies of STRONGER, FASTER, AND MORE BEAUTIFUL, US only.