Last of the Seals by Greg Messel REVIEW 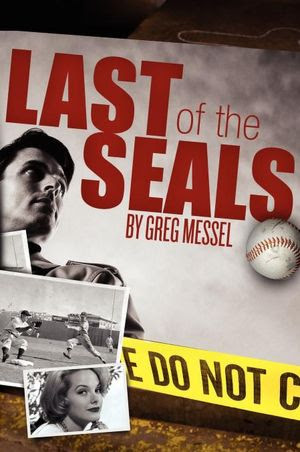 Mystery, romance and baseball in 1957 San Francisco. Sam Slater is a lifetime minor league baseball player for the San Francisco Seals. The Seals have just one more season left as San Francisco is about to become a major league city. Sam has come to the end of his baseball career and is going to join the private detective agency of his best friend. When Sam's partner inadvertently sees something he shouldn't have, he is brutally murdered. Sam must go it alone and try to find out why. Along the way he is swept off of his feet by a beautiful, Elvis-obsessed TWA stewardess named Amelia Ryan. Sam and Amelia try to unravel the mystery together. On dark and foggy San Francisco nights, trouble is lurking just around the next corner.

I was looking forward to reading this book since I first had the opportunity to read The Illusion of Certainty. I could not put that down. But I was a bit weary about reading this book since it is about the Seals and baseball and sports. But it was such a fun read with a couple of mysteries and some suspense and even a bit of romance thrown in.
The story takes place in the 1950's so hearing a character talk about saving money on gas since it went up to thirty cents a gallon almost made me choke on my coffee, lol. I loved the passion and chivalry in this story. Messel wrote two well written mysterious stories wrapped in one book with a backdrop of baseball and he did a terrific job.
I think Sam and Jimmy were my favorite characters in the book. Sam was adjusting to the idea of no longer playing pitcher for the Seals and becoming a Private Investigator for one of his friends...that is when his trouble start. But this is also when he accidentally meets the lovely Amelia, a Stewardess for an Airline Company, TWA.
I devoured this book, especially the romance between Sam and Amelia and watching Amelia help Sam uncover the mystery of it all.

This is the first in a series, the next book in this series is supposed to come out in 2013. I truly look forward to reading the next in this

I recommend this book to everyone, even if you aren't big on sports:)

I received this book for review from Pump Up Your Book
Posted by Elisha German at 3:51 PM

I enjoyed this book :)