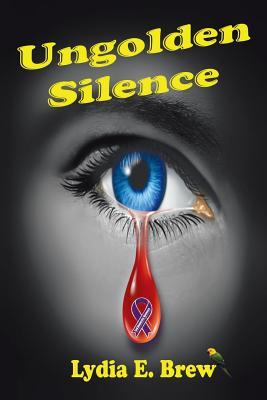 A few years ago, two teenage girls were kidnapped and their names were given on the national news. Luckily they were found alive. It was determined that they had been sexually assaulted, and their names were not given after that. What is wrong with this picture? We hear the name of every crime victim except the name of people that are sexually assaulted. We are protecting their privacy as if they have done something wrong. Rape is a crime just like murder, stealing, robbing a bank, carjacking and any and every other crime that we have to deal with as a society. Sometimes a rape victim is shown on television but her face is not shown because she is frightened that her rapist will come back to hurt her. This is understandable. However, when the rapist is in jail and the victim is on television her face is still hidden. Why? Another question is why are rape victims reluctant to come forward and report that someone has just raped them? Could the reason be that the rapist is the victim's boss, teacher, colleague, boyfriend, a family member, a casual acquaintance, or maybe a stranger? Ungolden Silence is an exploration of how rape is treated in the United States.
It is imperative to change the way that society looks and deals with this social taboo. Ungolden Silence is a novel that will leave the reader with many questions. It will also attempt to answer some of the questions that society asks but never seem to want to answer. We must look at the history of how men have been allowed to treat women. It is important not to just know the information, it is important to act on it.

Ungolden Silence will explore the world of rape and expose the myths through articles that are based on facts. The main questions that needs to be answered in why one human being would rape another human being. These reasons are explored in the story.
When any crime takes place, the families of the victims as well as the criminal are involved.

Ungolden Silence will illustrate that the criminal is a real person, and rarely do they commit crimes just for the fun of it.
It is important to know that rape is a part of violence. Through the characters of Ungolden Silence it is hoped that society will begin to find a way to eliminate the acceptance of violence, which includes the act of rape.

It is imperative that society understands that rape does not stand on an island by itself. Rape is a room in the house of violence. When looking into the house of violence we cannot just go into the front door and head to the rape room. We must look at other rooms. One room we must look into is the room of abuse. When we enter the room we see that there are different kinds of abuse. They are sexual, physical, and mental.

Again the main question is why a man or a woman will rape another person. While the answer is far too complex Ungolden Silence will attempt to give some possible explanation. The answers are not simple or exact. Each rape case is as unique as the persons involved -- both perpetrator and the victim.

Ungolden Silence looks at this social taboo in a unique way. The Calloway Firm, where the owners and employees are African-Americans, sends two women to Washington D.C. to begin a campaign to create awareness about the disabled. Elaine Wilson, who is disabled, is in charge of the project. Beatrice James is her partner and goes with her.

Their client, Mrs. Stevens is impressed with the professionalism that Beatrice and Elaine show as they share their ideas for the campaign to increase the awareness of the disabled. Mrs. Stevens is amazed to see that Elaine really is in charge of the project. The story changes when Mr. Thomas Paige, a very influential African-American in the city comes into the picture. Mrs. Stevens, though an extremely rich and influential American woman of European descent, is very excited to have Mr. Paige on the project.
Beatrice is exhilarate

I am very happy that I opted to read this book for review. It is on a touchier subject that is not spoken about a lot, but needs to be talked about so people are aware of the dangers of it happening. This book...it was so compelling, gritty, honest, well written, and a topic that needs more light. This is most definitely an emotional roller-coaster ride of a story, but well worth it. You find yourself emotionally attached, especially because the context is rape. A lot of people know or at least have an idea of what happens in the aftermath of a rape If She or he reports it, there is the rape kit (as intrusive as it may feel, it is very important to do it because it is instrumental in solving cases).

Aside from the delicate topic of rape, the author also touches on subtopics in the book. Topics such as disability, race, etc. all important to be aware of and discuss. It is also important to see a case of rape all the way through, and important to know the entire story and context. We all of heard and seen stories on the news, it is important to educate ourselves and educate our kids.

I think the writing was very good. I really liked Elaine and Beatrice as well as the law that comes into the book. I think that was a smart choice to add to this book. I would recommend this book to others.

I received this book for free from VBT Cafe in exchange for an honest review.
Posted by Elisha German at 3:43 PM