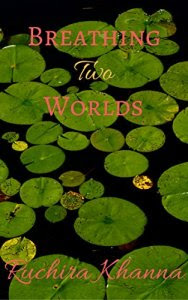 Neena Arya, a Delhi-born goes abroad for
further studies and decides to settle down there. Determined to be a 'somebody'
from a 'nobody' she blends with the Americans via the accent and their
mannerisms while having a live-in relationship with her European boyfriend,
Adan Somoza.


When illness hits home, Neena rushes to
meet her ailing dad. Tragedy strikes and amidst the mingling with relatives and
friends, she finds herself suffocated with the two different cultures that she
has been breathing since she moved to the United States. How will she strike a
balance between both the cultures as she continues to support her widowed
mother? Will she be able to do justice to her personal and professional life
after the loss?

Amidst the adjusting she bonds with an
ally and learns about ties beyond blood. On what grounds will she be able to
form an invisible thread that she has longed for since childhood?

Breathing Two Worlds ventures into
cultures and ethnicity allowing Neena to ponder upon her foundation and
priorities.

"Oh!" the Mom answered, but could not contain her curiosity with one hand holding the hyper toddler and the other on her hip she could not resist, "You two don't look like brother-sister, hmmm. So, what is your relationship?" she inquired with a slight smile in a soft voice but without any inhibition. A handful of seniors sitting in the same room observed all the drama and nodded to each other while their fingers were moving on the Tulsi neck beads.

Neena rolled her eyes and thought to herself, "Jeez! We Indians are always darn inquisitive."

Nikhil immediately got up and started walking towards the dining area. This was happening to them for the umpteenth time, and he was now tired of clarifying things. He had lived in this country for half a decade now and still he could never understand the fascination Indians had for marriage and children.

Neena was confused at first because it was unlike Nikhil to be so rude. On the contrary, sometimes Neena referred to him on lessons in patience but today it was different. But then she didn’t have a choice; she felt it was rude to walk away from the young mother leaving the conversation unanswered. Moreover given Indian mentality in all possibility, she might even follow them till she had a convincing answer to her question. 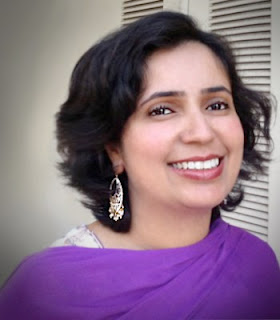 Ruchira Khanna, a biochemist turned
writer, left her homeland of India to study in America, where she obtained her
Master’s degree in Biochemistry from SJSU and a degree in Technical Writing
from UC Berkeley.

After finishing her studies, Ruchira
worked as a biochemist at a Silicon Valley startup for five years. After the
birth of her son, Ruchira took a job as a technical writer, so that she could
work from home. Soon, she began doing freelance writing work as well.

Her love of writing grew and she started
working on her own books. After four years of freelancing, Ruchira published
her first book, a fiction novel for adults called Choices.

Then came the children’s book The
Adventures of Alex and Angelo: The Mystery of the Missing Iguana. She got a
thumb’s up review from Kirkus Reviews.

In January 2016, she has published her
second fictional novel Voyagers into the Unknown. It talks about the quest for
happiness as the heavy hearted tourists travel miles from different parts of
the world to Raj Touristry in Agra, India. Return to their respective home with
a healed heart. This book talks about their journey!

In Breathing Two Worlds, Ruchira talks
about ethnicity and cultures, and helps to strike a balance via a fiction-drama
novel as her characters breathe two worlds.

In addition to writing books, she is a
holistic healer associated with Stanford Healing Partners and also maintains a
blog of daily mantras on Blogspot, called Abracabadra. Ruchira currently
resides in California with her family.