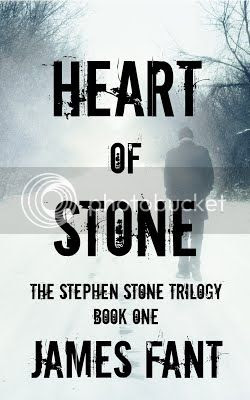 Are the deacons of Shalom Bethel invincible? Legend has it that in the 1940’s, they came out of a gunfight with holes in their clothes but not their skin. Bullets bounced off of them. They walked through buckshots like water. That story is passed down by every deacon. The legend of Stephen Stone. That legend is about to be tested.

On the heels of a nightclub triple murder, a mysterious blizzard hits Shalom, a city normally warm year round. The blizzard brings with it bitter memories and ghosts Deacon Oak East thought were long gone: his prior drug conviction, his on and off relationship with his wife, the gruesome murder of his father and the role he played in it. But it's not just the past that haunts him. In the present, a homicide detective wants him and the deacons for the nightclub murders. And a gangster named Cap Morgan wants revenge. The snow is falling. But soon, it will be raining bullets. Is the legend true? Are the deacons of Shalom Bethel bulletproof?
About the Author

James Fant is an award winning author who lives in Charleston, SC with his lovely wife and two hilarious children. He received a degree in biology from College of Charleston and a master’s in business administration from Charleston Southern University. His love for literature was forged by the works of Eric Jerome Dickey, Walter Mosley, and Stephen King. He also finds inspiration from screenwriters Shonda Rhimes, Aaron Sorkin and Kurt Sutter. Literarily, James has always been drawn to intelligent yet imperfect characters and he writes novels with them in mind.
Contact Links

The witness waited beside a police cruiser. She wore a bright red brasserie, a black pair of lace boy shorts and nothing more. Price removed his sport coat and draped it over her shoulders.
“You dance here?” he asked her.
Her hands were shaking. Her eyes darting. Finally, she nodded and said, “I saw it happen.”
My lucky day, Price thought…or lucky night, rather. “Come with me,” he said.
He guided her to his Crown Vic and offered her a seat inside. The night air was thin and cool so she obliged, appreciating the heat that shot from the dash vents as soon as he cranked the engine.
“What’s your name?” he asked.
“Butterscotch.” She rolled her eyes, annoyed with herself. “Beverly. I mean Beverly.”
“Cigarette?” Price offered.
She nodded. Scissored the white stick between her quivering index and middle finger. Price had to steady her hand to light it.
He lit one for himself, placed his pack of smokes back in his cubby and asked, “So what did you see?” When she replied with a cautious glare, he added, “You have nothing to worry about, Beverly.”
“I’m not worried about anything.” Her hands trembled. “Guess I’m still a little…It went down right in front of my face.”
“Okay…okay. Just take a deep breath and walk me through what you saw.”
She took a long drag on the cigarette. Held her breath for a few seconds. Then she released a sky full of stratus clouds into the cab of the Crown Vic.
Finally, she said, “I was dancing for them. O-o-on the table. They were making it rain. Do you know what this means? Making it rain?”
“Yes. I know what it means.”
“Then these men showed up.”
Beverly’s bosom was rising and lowering at a faster and faster rate.
“How many men?”
“Four. Six...I don’t know. It happened so fast.”
“That’s okay. Did you get a good look at their faces?”
She shook her head. “They were all wearing masks.”
“Masks? Good.” It wasn’t good but Price smiled anyway. He wanted to keep Butterscotch talking. “So these men walked in and started shooting?”
“No.” Beverly looked out of the window for a few seconds. When she pulled on her cigarette and exhaled, the smoke curled back and engulfed her face. She didn’t attempt to wave it away. “The guys I was dancing for, they had guns. So they pulled them out, no questions. That’s when I ran behind the bar. If not, I’d be…you know.” She pointed toward the club. Toward three victims who would soon be leaving in black body bags.
“Okay then. What happened next?”
“Well…they started shooting at the masked men…but the bullets bounced right off of them.”