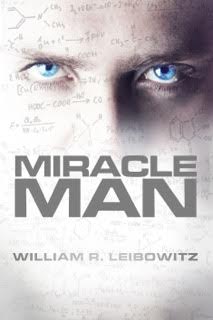 The victim of an unspeakable crime, an infant rises to
become a new type of superhero.  Unlike
any that have come before him, he is not a fanciful creation of animators, he
is real.

So begins the saga of Robert James Austin, the greatest
genius in human history.  But where did
his extraordinary intelligence come from?

As agents of corporate greed vie with rabid anti-Western
radicals to destroy him, an obsessive government leader launches a bizarre covert
mission to exploit his intellect.  Yet Austin’s
greatest fear is not of this world.

Aided by two exceptional women, one of whom will become his
unlikely lover, Austin struggles
against abandonment and betrayal.  But
the forces that oppose him are more powerful than even he can understand.

Miracle Man was named by Amazon as one of the Top 100 Novels
of 2015, an Amazon Top 10 thriller, an Amazon bestseller and an Amazon NY Times
bestseller.

REVIEW:
I love psychological thrillers so I was very excited to be able to read this. First, I enjoyed that the author took no time getting into the story. Which was captivating and very compelling. I loved the medical side of this story too. The conspiracy aspect of this story didn't feel so much like a conspiracy. It felt realistically possibly, at least in this story. Although the suspense factor I didn't really get. There wasn't really a suspenseful feel for me, although there were a few surprises and twists I did not see coming. Bottom line,  this was very enjoyable and fun to read even though I was disappointed over the lack of suspense.


Good luck everyone!
ENTER TO WIN! 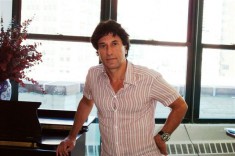 a law degree from Columbia University.  He lives in the village
of Quogue, New
York with his wife, Alexandria,
and dog, George.

that in our current times--when meritless celebrity has eclipsed accomplishment
and the only heroes are those based on comic books, the world needs a real
hero--and that, of course, is Robert James Austin, the protagonist in Miracle
Man
.

Posted by Elisha German at 1:31 PM