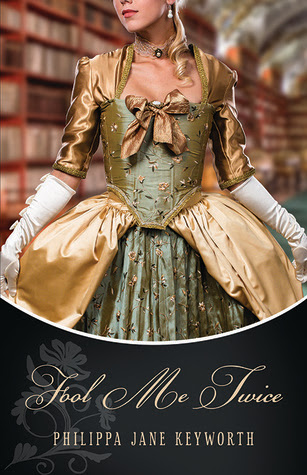 In the gaming hells of eighteenth century London, orphan Caro Worth is leading a double life. By day she plays a proper gentlewoman on the lookout for a wealthy husband. By night she plays the infamous Angelica, her fictional half-sister with a talent for cards and an ability to finance the life her respectable self has built. An introduction to a rich Marquis brings marriage and security within Caro’s grasp…until the arrival of the unpredictable and totally ineligible Mr. Tobias Felton.

Dismayed by Felton’s persistent appearances, shocking frankness, and enigmatic green eyes, Caro watches helplessly as he comes closer than anyone to guessing her secret, but when complete and utter ruin threatens, she finds that Felton’s suspicions just might become her salvation. As the walls she has built to protect herself crumble down around her, Caro learns that no matter how careful your plans, life and love have a habit of falling quite spectacularly out of control!

REVIEW:
I love reading a book by a new-to-author and loving the book. Don't you? After reading this book, and others from new favorite for me authors, I scour the library and internet for other books by the author. Although, I am pretty sure we all do that, lol...
Anyway, this book...I have fallen in love with historical romances and this didn't disappoint. However, the author took this historical romance to a whole new level for me. She added mystery and suspense that I wasn't expecting from a typical historical romance I could tell from the blurb that I was going to enjoy the book but...I wasn't holding out to LOVE the book! The main character, Caro is living a double life. During the day she is this elegant and proper woman trying to find a suitable husband while at night, she's her "half-sister", Angelica who has all sort of tricks that benefit her financially to support her day role. But can she keep up with the double facade?Anybody who keeps up with a lie like that is bound to crack under pressure. I loved that there was a few twists I did not see coming and the ending quite surprised me! 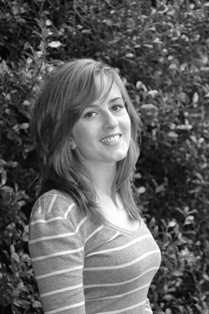 
Philippa Jane Keyworth, known to her friends as Pip, has been writing since she was twelve in every notebook she could find. Originally trained as a horse-riding instructor, Philippa went on to become a copywriter before beginning a degree in History. A born again Christian, Philippa lives in the south of England with her handsome husband.

Philippa has always written stories and believes that, since it is one of her loves and passions, she always will. In her early writing career, she dabbled in a variety of genres, but it was the encouragement of a friend to watch a film adaptation of Jane Austen's Pride and Prejudice that began her love affair with the British Regency. Since then, she has watched every Regency film and TV series she could get her hands on and become well acquainted with Georgette Heyer’s novels which gave her the inspiration to write her own.

Both as a reader and a writer, Philippa believes it is important to escape into a world you yourself would want to live in. This is why she writes stories that will draw you into the characters’ joys and heartaches in a world apart from our own. Her debut novel, The Widow's Redeemer (Madison Street Publishing, 2012), is a traditional Regency romance bringing to life the romance between a young widow with an indomitable spirit and a wealthy viscount with an unsavory reputation. The novel has been received well by readers and reviewers who have praised the heartfelt story and admirable characters. Her second novel, The Unexpected Earl (Madison Street Publishing, 2014), explores another romance in the Regency era when an impetuous young woman has her life turned upside down by the reappearance of the earl who jilted her six years ago. Her third novel a Georgian romance will come out at the end of 2016.

Tuesday, March 14
Spotlight at Passages to the Past

Thursday, March 23
Interview at Ms. Stuart Requests the Pleasure of Your Company

Monday, March 27
Review at Queen of All She Reads

Wednesday, March 29
Review at Blushing Babes Are Up All Night

Sunday, April 2
Review at A Chick Who Reads

Posted by Elisha German at 7:30 PM