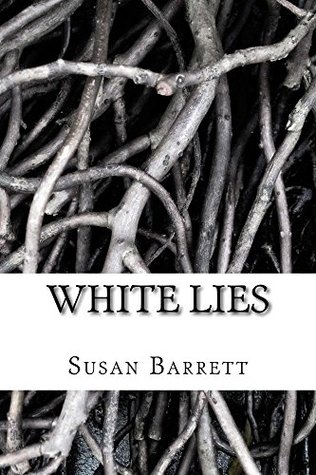 Beth is a guest at a wedding. The bride is Tess, her natural daughter, who'd been adopted as a baby. During the moments leading up to the marriage ceremony, Beth remembers the lifetime events that have led to her present state of sick fear. Recent revelations have made her suspect that the bridegroom is the first child she'd given up for adoption, and therefore Tess's half-brother. Will she speak of this impediment to matrimony, as invited by the priest, or forever hold her peace?

REVIEW:
For a pretty thin book that I thought was going to be a quick and easy read (it was a fast read), it was jam packed full of drama, lies, and secrets. The author proved that you don't need a huge book to give a story that will grab you (although I love those too!) The very first page you are brought into dramatic and sad story that is a bit confusing until you keep reading. As you continue to read, the story line is making sense but you are also learning that there are secretes intertwined within the pages of the story. This story, which follows three women, one of which was forced to give up two (yes, two) of her babies up. One of the women, Beth, is the girl who was forced to give her babies up, the other woman, Liz, is the adoptive mother, and the last woman, Tess, is one of the babies that was given up. Beth reconnects with her daughter Tess when she learns that she is engaged to a guy that was also given up for adoption at the same time. Coincidence? The drama, suspense, and mystery doesn't stop there...such a good read!


Think for a moment how many people you’ve met in your life so far.  If you’re in your twenties, then that will be quite a number.  Even more, if you’re older.  There’ll be people in your family, your neighborhood, your first school, your second … maybe college … then work.  Total it up and you may be surprised.  Some of them will have made a deep impression, either for good or ill.  Others you will barely be able to recall.  Most you will have totally forgotten.

For a writer, the people we meet stick around at some deep level in our brains and pop to the surface when we need to describe someone “like that”.  It may not be a matching image, but that person from the past feeds the fictional picture.

I’m wondering today about Harold in “White Lies”.  Someone with the same name appeared in an earlier novel of mine, I’m pretty certain.  (I could go to my bookshelf to check, but I don’t want to leave this blog).  So – I ask myself now – where did Harold spring from?  Who in my ordinary existence have I ever met who lies at the source of this unpleasant character in my recent novel?

I go back to my days as an advertising copywriter at McCann Erickson, London, in the late 50s, early 60s.  There were various characters there who acted in a male predatory way.  They called the shots. This was before Germaine Greer wrote ‘The Female Eunuch’ and alerted us all to what was going on.  I was a naïve young woman finding her way in London after a very sheltered upbringing in a narrow social circle and at boarding school.  Behind my amenable smiles, I was floundering.  I acted as though I were in the lion’s den.  I kept my distance, laughed at the jokes against myself, and laid down experiences for future writing.  Many decades later, Harold arrives on the scene.

Nothing’s wasted!
Posted by Elisha German at 4:00 AM